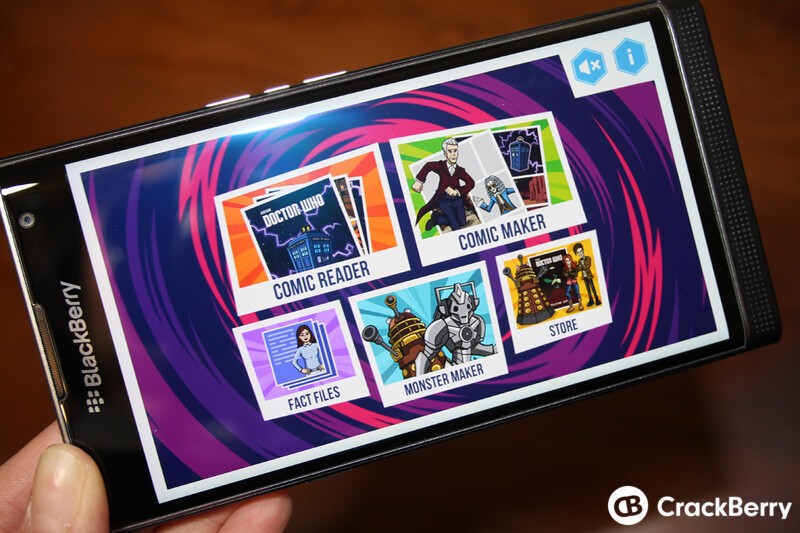 Have you ever watched Doctor Who and wondered what it would be like to take the helm and create your own adventure for the time traveling Time Lord? Now you can with the Doctor Who: Comic Creator. Whether you frame your own epic battles between Daleks and Cybermen, design a completely new monster, take off in the Tardis to destinations unknown, or read a brand new tale, you can accomplish all this and more with this comic generator.

The fun begins once you download the app for free in Google Play. However, while Doctor Who: Comic Creator is a free app, extras and add-on packs are available through in-app purchase. These packs include additional foes and monsters, companions, and Doctors. By default, your arsenal is stocked with several items to get you started such as alien backgrounds, two Doctors (the 11th and 12th to be more precise), various props including the Tardis and sonic screwdriver, speech and text bubbles, sounds, monsters, and Clara as your companion.

With these tools in hand, it's time to create your very own Doctor Who adventure. Simply tap on the comic creator icon from the main menu to begin. First, you must choose a cover and a title. Once that is done, it is time to pick the layout of your first page. Each option gives you the choice of one or more panels and their placement. It is up to you and your imagination on how you to want to fill them. By using the default set of characters and backgrounds, you can design and create any number of stories. These comics can then be viewed within the app.

In order to unlock and insert additional props, effects, and characters into your comic, a trip to the store is required to purchase the aforementioned packs. Doctor Who: Comic Creator allows you to manipulate these images to fit your story by flipping, rotating, and duplicating them as needed.

In addition to the Comic Creator and Monster Maker functions, the app also serves as a Comic Reader. From here you can read an exclusive Doctor Who Comic called A Stitch in Time. The first part is available to read when you install the app while subsequent chapters are packaged with the add-on packs in the store. Another aspect of this app is the Fact Files section. From here you can delve into the backstories of the Doctors and Companions from the long-running series. However, accessing more than the 12th Doctor and Clara requires an in-app purchase as they are bundled with the packs from the store.

While Doctor Who: Comic Creator employs in-app purchases to access several features at a cost of $1.99 each, or a three-pack bundle for $3.99, it does not detract from how entertaining this app is. If you love Doctor Who, this is a great way to not only get the creative juices flowing but to keep you occupied until the show's tenth series returns in 2017 (not including the Christmas special).

You can download Doctor Who: Comic Creator in Google Play.