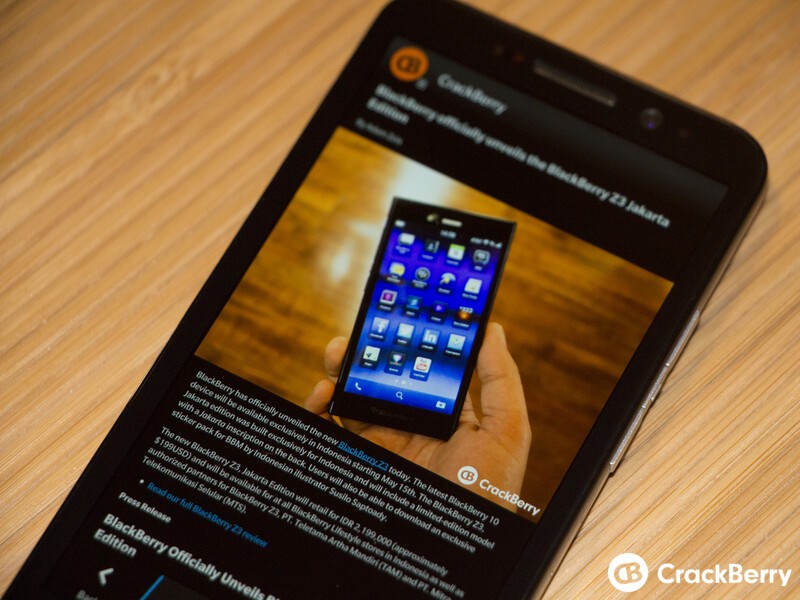 Ok CrackBerry Nation, it's time to get your CrackBerry app update on! You can now fire up BlackBerry World and update CB10 from version 1.4.4.1 to version 1.5. Do it. Do it NAO!

Earlier this month we made a call out for BlackBerry 10 developers in the CrackBerry community to help pitch in on the development of CB10, to which we got a great response. It didn't take long to address some of the outstanding bugs on the issues list, which are addressed in this update:

With the community development process running smooth, the goal is to keep developing the app and push out updates from now on at a steady cadence.

HUGE THANKS TO OUR COMMUNITY DEVELOPERS!

Huge thanks to the BlackBerry 10 developers from the community who contributed on the version 1.5 update:

After you update CB10, you should definitely click on the links above and download their apps from BlackBerry World, too!