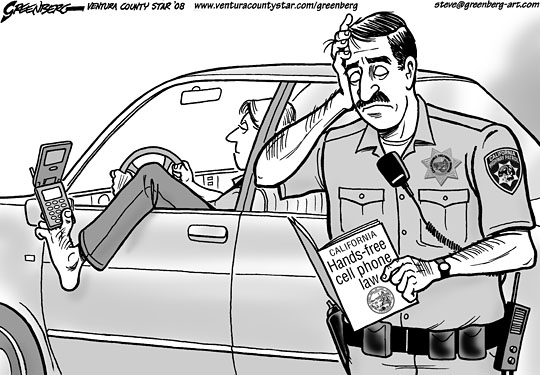 While doing some house cleaning this weekend I had the television playing in the background and caught the tail end of a story in regards to bans on talking on cell phones while driving. I *think* the story I saw was referring to California, and essentially stated that despite the bans on talking on your cell phone while driving (while holding the phone in your hand) being in effect for a while now, there has been no decrease to the rate of car accidents involving cell phones. There are a few ways you can look at a statement like that: are people not using hands-free solutions still and just saying they were after an incident? are (some) hands-free solutions just as distracting as holding the phone in your hand and talking? maybe it's texting vs. talking that's the real culprit? You get the idea.

Either way, I thought this would make a good poll to see where CrackBerry Nation currently weighs in on the subject. Obviously, not all hands-free accessories are created equal and not all people are at the same level of comfort in using them. I think vehicles that have Bluetooth built in are probably the optimal solution, but not every car on the road features it. In the vehicle I currently drive I don't have native BT, so typically use a Bluetooth speakerphone (currently using the BlackBerry Visor Mount) for calls now that it's law where I live to go hands-free. But is it actually safer? It's a little yes and no for me. Once you're connected and driving and talking I guess it feels safer, but at the same time it feels like there's more going on and more room for distractions (make sure the speakerphone is on, put the radio to the right station, BT turned on the phone and paired, etc.). It's more complex than just sticking the phone to your ear and talking.

Sound Off! What's your preferred hands-free solution? My guess is a lot of people out there are not yet comfortable with their in-car hands-free solution, so if you think you have like the solution you're using, be sure to share it in the comments. Let us know what accessories / method / etc. you use in your car to talk on the phone and remain focused on driving. And if you're looking for some in-car ideas, be sure to browse our Car Kits and Mounts and Bluetooth Accessories offerings.