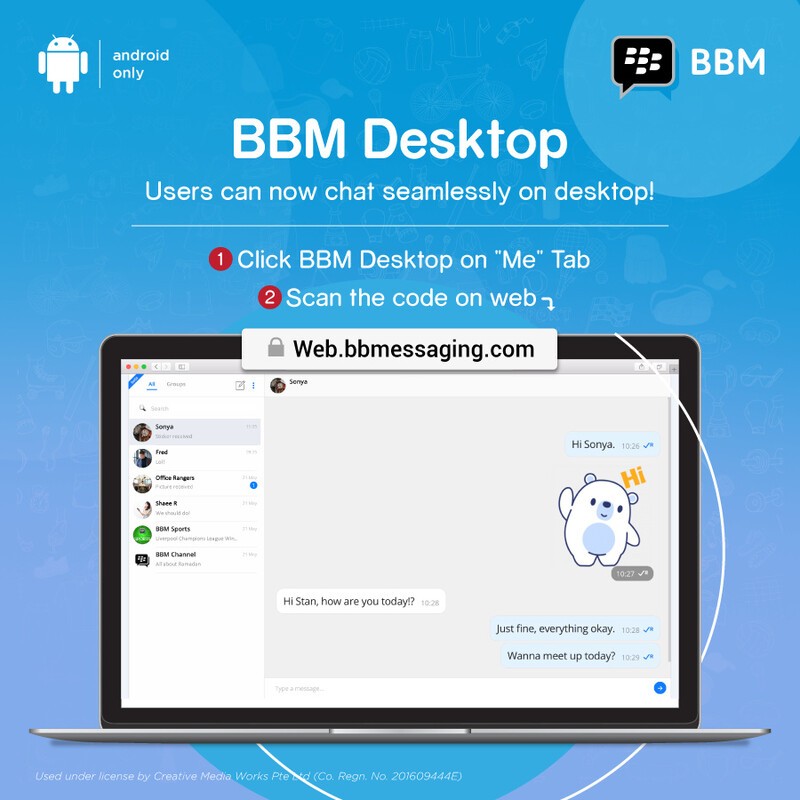 For years, one of the most requested features for BBM was to offer a desktop app that would allow BBM users to interact with their contacts without the need of picking up their BlackBerry. Through the BBOS and BB10 years, Blend was as close as we got, but that's not supported on newer devices and is now EOL on BlackBerry 10. Now, BBM Desktop is here in beta and available to all Android users but I have to wonder is anyone using it?

For me, it's certainly a welcomed addition, and I do use it, but a lot of my contacts have moved on from BBM so it's not as useful to me as it would have been if it was there years ago. Still, plenty of people use BBM on a regular basis so let me know if you're using BBM Desktop.