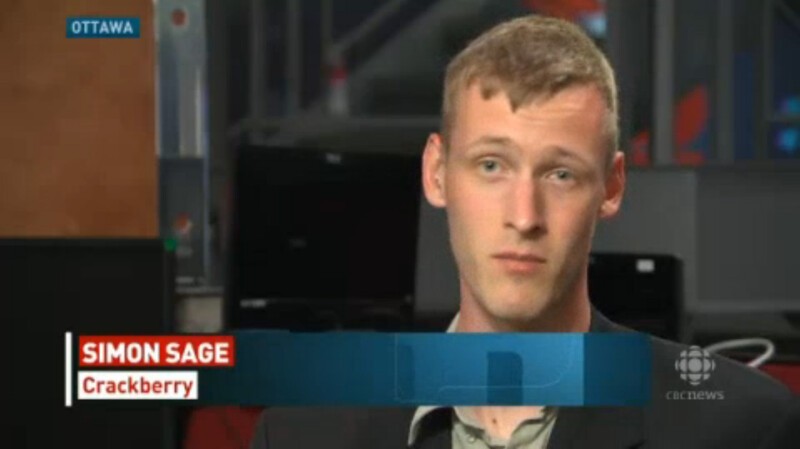 Yesterday I made the rounds at TV studios in Ottawa to talk about BlackBerry's potential plans for a break-up. I was on CBC's The National for a little bit, though they talked to a lot of folks and gave a pretty comprehensive overview of the situation. It's funny - though for those of us reading CrackBerry, the idea of BlackBerry going up for sale has been a part of the discussion for at least a year, but for a mainstream audience, that reality didn't properly hit home until yesterday.

I also spoke on Sun Media's Newswire and the CTV evening news as well, but it doesn't look like they bothered to save the clips anywhere. I show up at around 1:29 in The National segment below, and only talk for a few seconds, but you'll also spot our buddy Vivek at a few points in the b-roll. Anyway, we're always happy to show up on TV and lend our expert opinion to a wider audience. If you can't see the video, you really can blame Canada this time, as it appears to be region based.