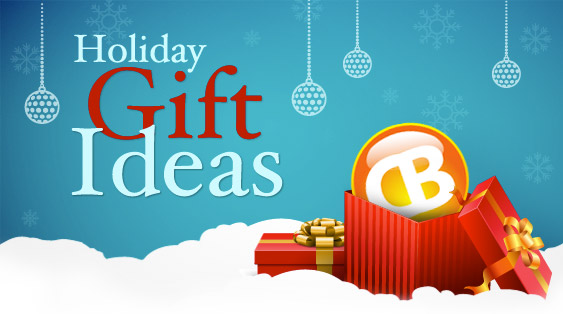 Time to replace that tired and worn BlackBerry device with something new, but not really sure which one you want to get? Over the past few months we have seen quite a few new devices release, but if you haven't been keeping an eye on all the reviews, odds are you are a bit lost on which one is best for you or someone you know. Fear not though, because just past the break we have broken down each of the new BlackBerry 7 devices with a little bit of information for you to help you make your decision.

Odds are over the past few months you have heard about, and probably read a little bit about BlackBerry 7, but are left wondering what advantages it serves to you, and what the differences are between it and any other version of the BlackBerry OS. Well, BlackBerry 7 brings a few new features to the table, improves upon a bunch of features that were introduced into BlackBerry 6, and provides an overall improved experience for users. You are probably wondering what some of these changes are, so let's take a look at some of the improvements we gained in BlackBerry 7.

The BlackBerry Bold 9900/9930 is a current spin on an old device, done perfectly. Paired with the spacious keyboard is a trackpad instead of a trackball, and a touch screen as well. Now not only could you easily manuever with the trackpad but also by simply touching the display as well. While some may think the display is still to small (compared to other types of devices) if you are looking for that iconic BlackBerry keyboard, current specs, and a nice touch screen this device may be perfect for you.

Who is this for? This device is definitely geared towards those who want to be able to reply with a nice long winded email response on the go, or someone who will be BBM'ing until their battery runs dry. If you are looking for the best BlackBerry experience to date, look no further.

For everything you may want to know about the BlackBerry Bold 99xx and more, be sure to check out Kevin's novel of a review!

While the BlackBerry Torch 9800 was only released a year ago, the BlackBerry Torch 9810 has released bringing the same slider design that many loved with the addition of BlackBerry 7. If you are not really familiar with the original Torch line, it does feature a slide up screen underwhich lays the physical QWERTY that we are so used to seeing. In addition to the slide out keyboard there is also an on screen keyboard that can be used, along with a track pad and the standard BlackBerry buttons on the front.

Who is this for? This device unlike most others is a bit harder to pinpoint the crowd it is aimed at. While featuring the physical keyboard, it also offers a larger screen, which could be used for media consumption. If you are looking to combine your work and personal life, without sacrificing any key features, this device may be perfect for you.

Remember the BlackBerry Storm? We do too, but this time RIM has given the form factor some serious thought, eliminated Sure-Press and given us a device people will want to use. The lack of physical QWERTY keyboard will sure put a limit as to the crowd it attracts, but the device itself is quite beautifully laid out. Reviewed twice by our team, the BlackBerry Torch 9850&9860 give you an all touch BlackBerry experience that far surpasses the experience we saw on the BlackBerry Storm and Storm 2.

Featuring a 3.7-inch display and 4GB of on board memory this device is sure definitely a media friendly device allowing you to take your favorite music and videos on the go. Still giving the full BlackBerry experience with push email, 5MP camera, 720P video recording and all the other goodies, this device takes you away from the traditional business only view of BlackBerry, and combines it with some personal fun as well.

Who is this for? The BlackBerry Torch 9850 & 9860 is definitely geared towards users who want to use it for some awesome media consumption. The large screen is ideal for playing games, watching movies all in addition to the core BlackBerry features.

Similar in size and form factor to the other models the BlackBerry Bold 9790 offers a great BlackBerry experience, much like the Bold 9900 does, except in a smaller package.

Who is this for? People who are in love with the traditional BlackBerry form factor, but would rather a smaller device than the Bold 9900 will love the Bold 9790. With a 2.45-inch touch screen, and a physical QWERTY on the front, the messaging lover in you will love this device.

The BlackBerry Curve series has always been an extremely popular device amongst a wide variety of users, and the latest addition to the family is the Curve 9350 / 9360 /9370 devices. Adding BlackBerry 7 to a slightly modernized design this device gives you the best of both worlds combining a great BlackBerry experience along with the most current software. Close in size to the BlackBerry Bold 9790, with a spaced out keyboard, and no touch screen on the device it allows it to be offered at a much lower price point.

Who is this for? This device is geared towards the younger crowd who may want the all touch experience, without the high cost associated with it. The device is still fully loaded feature wise, and even has NFC, so don't fear purchasing something obsolete when looking at the BlackBerry Curve 9380.

Learn more about the BlackBerry Curve 9380 here!
They say it's for science