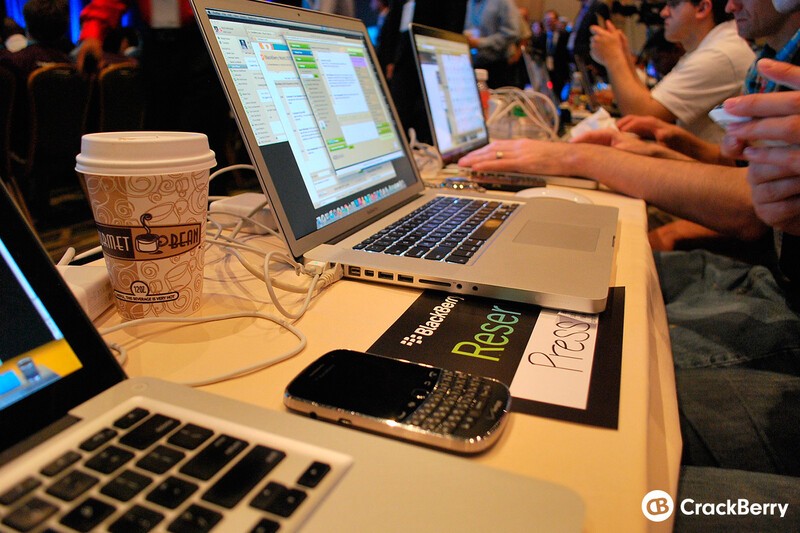 In just a few days the Crack Team will pack up and ship out to Orlando for this year's BlackBerry Live conference, taking place May 14-16th. When I say Crack Team, I mean we'll be there in full force this time - myself, Adam, Bla1ze, Simon, James, Alicia and DJ from the editorial side as well as some other members of the Mobile Nations team for added support (because we're gonna need it!)

Last year the show was great, but this year's show looks to be amazing on a number of levels. It's the first big show since BlackBerry 10 was released so things are BUZZING right now. BlackBerry CEO Thorsten Heins will take the stage Tuesday morning for the keynote where we hope to hear some good news for BlackBerry going forward.

We'll of course be live blogging it so even though there should be a live stream of the event, those of you at work or who just want to chat a bit can tune in live as we bring you all the news as it happens.

We're also super anxious to talk with hoards of BlackBerry fans as well to get their take on things and will be going big this year with our CrackBerry Live show. We've got a prime spot on the floor at the conference center (you can't miss it, really) and will be firing up a daily live show that will take things to a whole new level. We still have a few interview spots left, so if you're a developer, sponsor or just have a great story send an email to [email protected] for more details.

In addition to interviews with developers and fans we'll be doing up a live podcast Tuesday, Wednesday and Thursday to bring you all the news and events from the day. It's going to be a whole lot of fun. If you're going to be in attendance make sure you swing by to say hi.

To break it down, you'll want to clear up your schedule next week to tune in to all the action at these times:

I've been to every BlackBerry World / BlackBerry Live since 2007 and I really can't wait to hit the ground running in Orlando next week. This one will be epic.