Scare the $%#! out of yourself with these spooky apps! 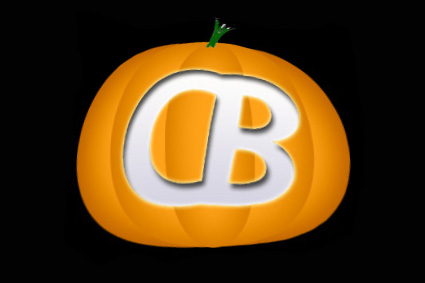 Boo! I scared you, didn’t I? No? Well how do you explain the fact that you just wet your pants?! That boo-tiful time of year is creeping up on us. The streets will be filled with little monsters running rampant; they appear out of nowhere, causing fear and panic. They’ll probably be wearing Halloween costumes too. Besides the typical Trick or Treat trek, there are many others things you can do while in costume. Crash a costume party, freak out the pizza delivery guy or even have fun with local law enforcement. If your costume doesn’t restrict the use of your hands, you can also feed your BlackBerry addiction.

“Aaaah it’s a ghost!” “No it’s some guy in a white sheet.” “Well how do you explain the eerie glow coming from underneath?” “He’s using a BlackBerry...”

You can use it as a flash light. Check in with Four Square (I’ve become the Mayor of Transylvania) or Tweet which house gives out the most candy on Twitter. But you can also do more on Halloween. Why not try out some spooktacular BlackBerry apps? They’re hard to come by, but we’ve unearthed some hauntingly handy applications.Welcome to the CrackBerry guide to Halloween / spooky apps.

There are a few shows out there that focus on ‘Paranormal Investigators’. I’ll admit that I’ve been freaked out a few times, while checking out their recorded evidence. The locations they visit are all over the spooky scale. I always wondered what kinds of places are near to me? Maybe I want to do some investigating. Haunted Sights is an in-depth, updated database of over 2000 confirmed paranormal sights and warnings from across Canada and US.

You can use either Google or BlackBerry Maps to scope out the location. Search options allow you to look by site name, city and keywords. The sites are rated by their level of activity; you can even access links to photo, audio and video evidence. Available for free from the CrackBerry App Store

Aaah! Geez, that’s a scary mask you got there…oh wait…that’s not a mask. Sometimes it isn’t so easy trying to scare people. If you’re known as the office prankster, you know everyone will be keeping both eyes on you this time of year. You’re going to need an accomplice – your BlackBerry. Ghost Maker houses a brew of special effects for you to rely on. There’s a selection of audio, vibration and lighting effects to mix and monster-mash.

Now all that you have to do is set the timer and walk away. As soon as everyone lets their guard down…mwa-hahahaaa!Available for $0.99 from BlackBerry App World

Going back to the shows that I mentioned before, I was always intrigued about the equipment they used to capture any potential hauntings. They’re often seen sporting thermo cameras, EMF meters and more. I don’t recall seeing them pull out a BlackBerry, ever.

Ghost Radar is designed to measure electromagnetic fields, sounds and vibrations. Though it is meant for entertainment, it claims to offer superior detection, by analyzing readings for any patterns. Available for $2.99 from BlackBerry App World.

Besides Trick or Treating, nothing says Halloween like scaring the crap out of yourself with a good flick. I mean, who doesn’t want to be so scared that they can’t sleep anyway? Deadly Scary TV opens the door to Shock-O-Rama; allowing you to view short film and clips from some of their cult classics. Films include Bite ME!, Feeding the Masses and Prison-a-go-go. The application give you 8 categories to choose from; Zombies, Die Laughing, Shocker, Slasher, Spine Tingler, Vampires and D.O.A. – with 8 clips in rotation. Available for $2.99 from BlackBerry App World.

The next time someone tells you that they want to grab a bite, make sure they aren’t a zombie or vampire. Their midnight snack may just be you! Forget the store bought candy bar and bag of chips, I want something made from the oven from Hell! BEIKS publishes mobiles references guides and dictionaries for various platforms. In this case, they provide a list of ghoulish goodies for you to create and devour. Wouldn’t you love to dive into a bowl of Diaper Dump Porridge? Mmmm, yummy! There’s a wide array of recipes to choose from, even ones the kids can handle. Available for free from BlackBerry App World.

Carving pumpkins can be fun…and messy…and dangerous. I could never master the more elaborate creations (like portraits), but I could handle my own. I’m skilled with a blade; I give my expertise 1 and 2/3 of a thumb up! While pumpkins are somewhat portable, carving them while on the go isn’t a good idea. A simple way to practice, and play with designs is the Jack-O-Lantern app. You can shuffle through different eyes, nose and mouth designs; creating unique (and hopefully scary) combinations. You can also change the colour emanating from them as well – steering away from the typical yellow/orange snow. Available for free from BlackBerry App World.

Hacking my way through a multitude of bloody, gruesome games, I wanted to find something that everyone could play at once. No, I’m not thinking of a real life game of Plants vs. Zombies; what about a round of horrific Q & A? The Ultimate Horror Sensation Quiz provides you with hundreds of horror questions that cover movies, monsters and more. Besides spooky questions, you can play against a timer and be entertained by sounds and graphics. Available for $2.99 from BlackBerry App World.

Movies are never as scary when they are muted. Sound effects and chilling music always set the tone. Replace the Halloween theme with something from the Wiggles and you get a whole other feeling…maybe something even creepier. Soundbox Horror gives you a selection of scary sound effects to play at the right moment. Ghostly sounds, creaking doors, howling wolves; all at the ready. Available for free from BlackBerry App World.

While you try out these apps, make sure you knock on CrackBerry’s door and fill your BlackBerry loot bag with creepy and kooky ringtones, wallpapers, themes and games. What paranormal apps do you use? What are you going as this year? Let us know in the comments.