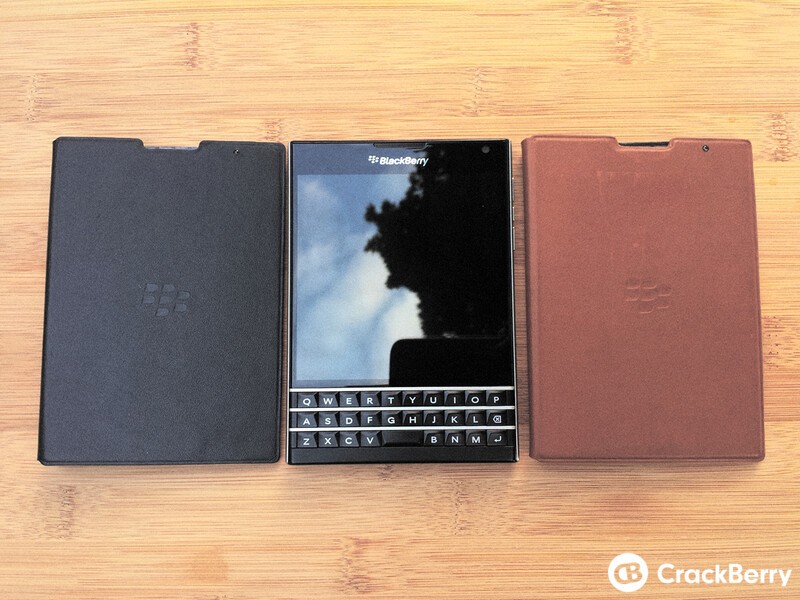 If this doesn't make you jealous then nothing will. CrackBerry forum member danfrancisco was lucky enough to bump into someone using a BlackBerry Passport and get a few minutes with his lucky hands on it - BOOM!

Dan has aired his views in the forum and I can only say he was more than impressed, but I'm going to keep this short and sweet and let you read his thoughts on the next BlackBerry 10 flagship, which I'm hoping will take the world by storm. Ok, maybe storm wasn't the best term to use from BlackBerry history but you know what I mean.

So here I am in Collingwood vacationing with the wife and kids on a beautiful Simcoe long weekend. I'm walking through the Blue Mountain Village with my kids begging me for Menchies when what do I see in the distance? It's a guy walking towards typing away on large device. I only saw the top of the device and instantly recognized it as the Passport.

Literally had goosebumps!!! I stopped the guy to ask him if it was what I thought it was and sure enough it was (he was a BlackBerry employee). He couldn't be a cooler guy and even let me play with it for a couple of minutes!

"Let me tell you something, this phone can't hit the market soon enough!!! It is GORGEOUS!!!"

Let me tell you something, this phone can't hit the market soon enough!!! It is GORGEOUS!!! I was surprised at how well it fit in my hands (I have average sized paws)!

I got about two minutes of hands on time with it. I was literally shaking so let me see if I can playback everything accurately.

Form factor: A LOT slimmer than I was expecting. I have all the BB10 devices except the Z3 and it did not feel any thicker than the Z10, Z30, Q5 or Q10. Build quality is exceptional! Very sleek and absolutely beautiful lines. This will definitely net BlackBerry another design award for sure. The Passport felt very light. Not as light as the Z10 or Qs, but a bit lighter than the Z30. Of course I was practically on cloud 9 when I was holding it so maybe my internal scale wasn't too accurate! The keyboard looks gorgeous! The printed letters on the keys don't seem as large in person as they do on all those leaked pics. The keyboard also seems small as it is dominated by the screen. The screen looks huge!!!! Back is nice and smooth. Feels a bit like the back of the PlayBook.

Playing around: I didn't want to be a hog so I consciously didn't spend too much time with it (I'm sure he thought I was a nut, his friend definitely did!). So this was what I was able to cram in:

Availability: nothing concrete other than to say in the fall. I told him I couldn't wait for the announcement in September. I also asked if the white version would be available on launch day and he confirmed it. Although having seen the black in person, I'm inclined to go in direction even though I was 100 % sure I'd be getting the white.

After I was done, I handed the Passport back to him, thanked him for the opportunity to play with it and expressed my appreciation for the great work that BlackBerry has done over the years. He thanked me in return and told me to "keep the faith".

"You guys have a real winner on your hands!!!"

So to the awesome BlackBerry Passport carrying guy from the crazy BlackBerry fanboy who practically accosted you and then pointed at his actual goosebumps... if you're reading this, THANK YOU so much for letting me experience the awesomeness of the Passport for a couple of minutes! You guys have a real winner on your hands!!!

Thanks so much Dan for leaving your views in the forums. I suspect you'll be rather popular now!

Head on over to the forum thread to interact with Dan