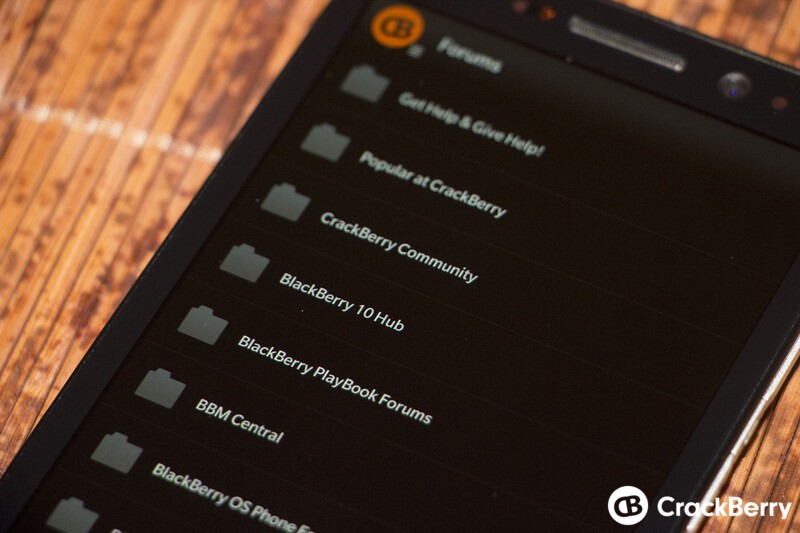 Weekends need to be longer. I think that's something we can all agree on. With that out of the way, it's time for another From the Editor's desk here at CrackBerry. This week I don't have much to say about BlackBerry specifically that hasn't already been touched on. Instead I'll be focusing a little on the great community we have here at CrackBerry and realistically stealing a bit from my colleagues at WP Central and Android Central.

Since taking over as Editor in Chief of CrackBerry I've been reading through a lot of comments and forum posts with suggestions of ways we can improve CrackBerry for everyone. I want to know what we can do better, what we can improve, and what it is everyone would like to see from CrackBerry over the next few months and in the long run.

It's something I've always been involved with but given my new position I can actually address some of the concerns better now. In reading over the comments and feedback I'd like to offer my own insight on some things that have come to light for me. It's in no way an exhaustive list but it's just a few things I'd like to mention.

Anyway, I'm sorry for such a long post yet again. But I feel it's important for you guys to know that I see all the comments, read a lot of the feedback, and take it all under consideration, especially if it's things I can change for the better of the community. Some might even say that's a fault because at the end of the day, I know I can't make everyone 'happy', but I sure as hell try when it's possible to do so.

I also think it's important to note you ALL make up this community and without you all here taking part in the forums, reading the stuff we put up, engaging in discussion, and so on, there wouldn't be much to CrackBerry at all. Plus, most of us are all here for the same purpose and that's to share our joy of the product BlackBerry offers. Be good to each other.