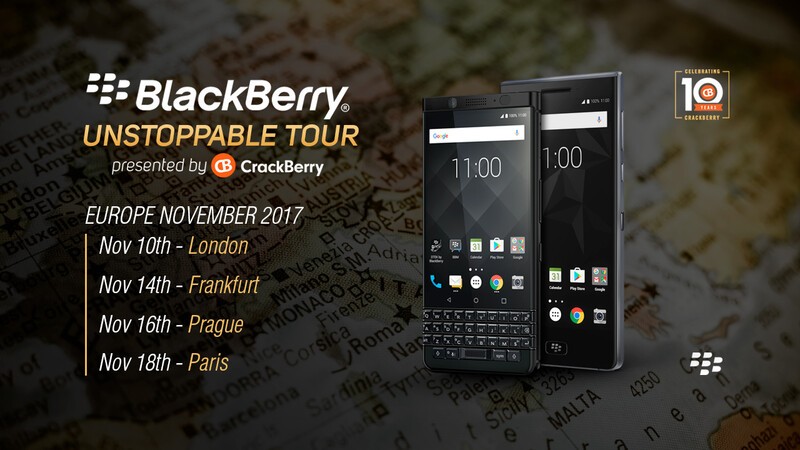 2017 is a year for the CrackBerry record books as we celebrate our 10th year anniversary, and the fun isn't stopping as we head into the final stretch of the year. With the BlackBerry Motion starting to hit select countries, we're kicking off another round of CrackBerry Meetups, hitting Europe and Canada again before we call it a year and pick it up again in 2018.

We've now confirmed location, dates and times for our European tour. We'll be starting in London on November 10th, followed by Frankfurt on the 14th, Prague on the 16th and finally Paris on the 18th. Like all of our meetups this year, we'll have plenty of food, drinks and BlackBerry fans in attendance, along with the latest BlackBerry Smartphones for attendees to check out. We'll also have swag and prizes to give out too!

If you're a longtime CrackBerry reader, a BlackBerry fan or just thinking about picking up a new BlackBerry Motion or BlackBerry KEYone, these are events you won't want to miss! Hit the links below to jump over to the Meetup page for your city where you can RSVP. Once you're signed up we'll be sending out updates as we finalize our venues for each city and the meetup events occur.