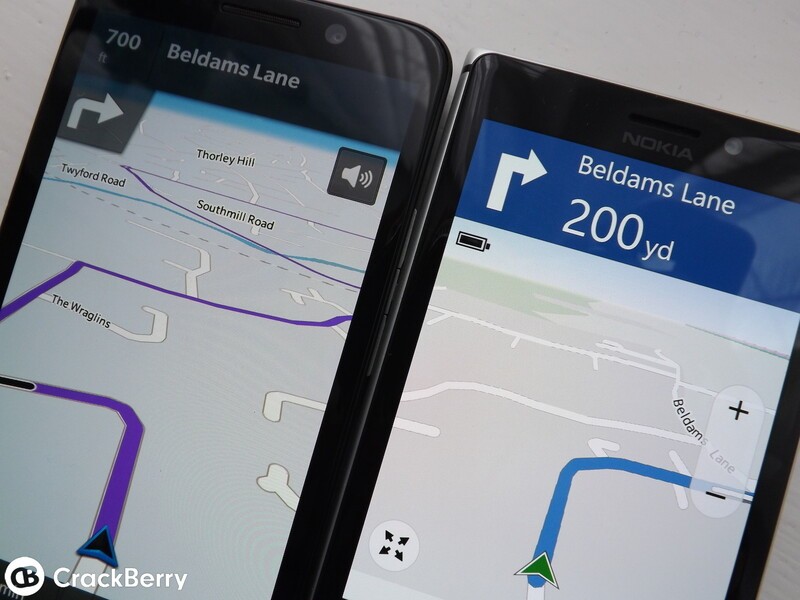 Now that Nokia are jumping on the BBM bandwagon with both Windows Phone and their freshly announced X platform I was wondering what other applications BlackBerry and Nokia may be keen to share in the future.

The first to spring to mind was HERE Drive+ which initially was only available on Nokia's own Lumia devices, but eventually rolled out to all Windows Phones. Sure, we have BlackBerry Maps for BlackBerry 10 and it does a decent job, but HERE Drive+ is better and I speak from experience.

Both voice guided navigation apps get you to where you want to go but HERE Drive+ is certainly more in depth and although I don't like to say it - a little more reliable when finding a road and house number. There's also a few little touches that are nice - such as showing your current speed on the display, with the option for over-speed warnings - something we are lacking with BlackBerry Maps.

So with the two companies clearly having been in talks regarding BBM, could the relationship blossom and result in some more app sharing? Let us know your thoughts?