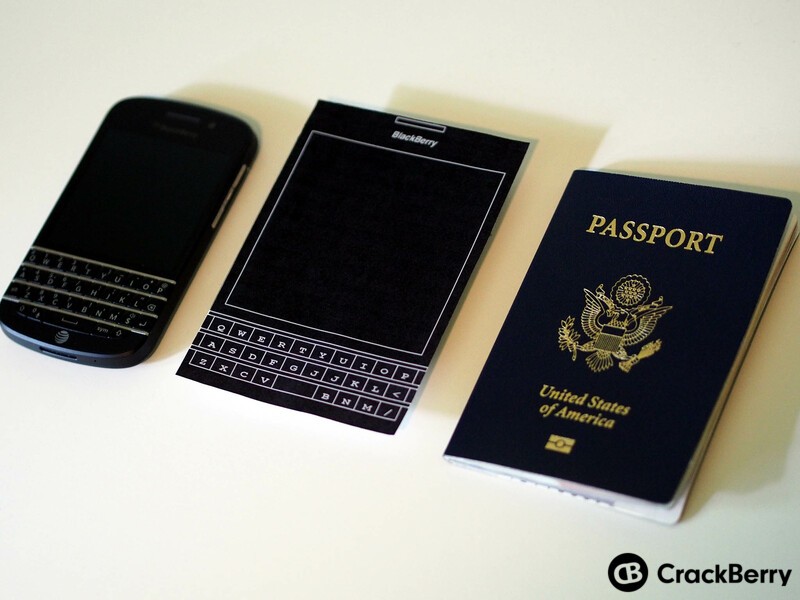 On BlackBerry's Q1 2015 earnings call, CEO John Chen leaked out that the rumored phone we've all been referring to as "windermere" is ultimately going to launch as the BlackBerry Passport.

I think this name is freak'n BRILLIANT. By conventional smartphone standards, the BlackBerry Passport's dimensions are kind of whacky, with the phone being super wide. The dimensions literally are Passport-like (see our brilliant mockup above for visual proof). There's no phone on the market like this right now. Heck, even compared to traditional full qwerty BlackBerry device models, it stands out in a big way. Which is the other brilliant part of the Passport's name and design.

With a phone like the Q10 or even the upcoming BlackBerry Classic, at a glance the "average consumer" could easily think the device is an "old" BlackBerry. Trained eyes can spot that the Q10 has no "toolbelt" and the keyboard is straight which gives away that it's a BB10 phone and not an older BlackBerry. With the Classic bringing back the toolbelt, however, untrained eyes still could easily think it's an older BlackBerry vs. something new. With the Passport, there will be no misinterpretation. When people bust out their BlackBerry Passport in public, it's going to stick out and catch people's eyes. They'll KNOW it's the new BlackBerry. And with a name like BlackBerry Passport which so adequately describes what the phone looks like, it's going to be an easy name to remember as well. The BlackBerry Passport isn't just a new phone - it's a built-in advertising campaign for the company.

It's kind of weird to admit this (not sure what it says about me?!), but I like this phone way more now that it's called the BlackBerry Passport. To date I've just been thinking it's sort of strange - maybe a phone built for people with huge hands. Yes somehow calling it the BlackBerry Passport just makes the phone make more sense. It's for the business traveler who never leaves home without their Passport. I can't wait to get my hands on one this September... I want one!

Be sure to vote on the poll above and let us know what you think of the BlackBerry Passport name in the comments.