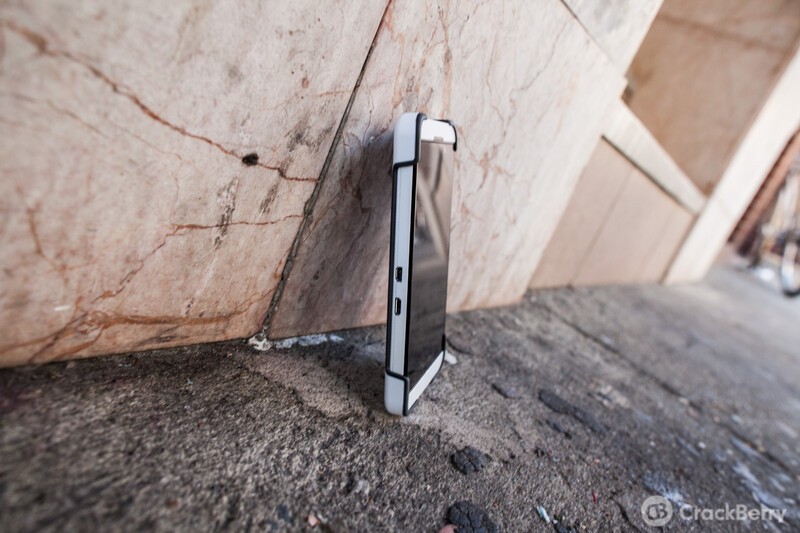 So here's the deal. Since the Z10 has been released, I have used several different Z10 units (probably 7 or 8... I lost count) across four different carriers, and I have never once experienced a random reboot on my Z10. The same goes for all of the members of the CrackBerry editorial team - there have been very few mentions of the phone randomly rebooting for no reason.

However, if you jump into CrackBerry's crazy busy BlackBerry Z10 forums, you will find a LOT of discussion around owners experiencing their Z10 randomly restarting, either during the day, or during the night while it's on the charger. For some, it seems to be a once per week thing. For others, it's happening daily. It felt like the reboot issue has most-often been reported by users on Verizon - to be certain, the reports in the forums do seem disproportionately high for Verizon Z10 owners compared to other carriers, but as you dive through the forum threads it is an issue that is definitely reported by at least some users across carriers around the globe.

The difficult thing to estimate based on our forum activity however is just how widespread the issue is. CrackBerry is THE HUB of the BlackBerry community. When engaged BlackBerry owners have issues, they more often than not will find their way into the CrackBerry forums to report them. So the question is when 500 or 1,000 users report they're experiencing random reboots on their Z10, we don't immediately know if that's 500-1000 in total and it's actually a relatively small number of people effected out of hundreds of thousands/millions of units sold and in use, or if it's actually representative of a bigger problem reaching many more customers. Over the years on other reported issues, I have witnessed it play out both ways. Sometimes an issue is relatively isolated but appears to be a larger problem based on the forum activity. Sometimes it really is a bigger problem.

At BlackBerry Live, I tried to do a little digging on the reboot issue and did get some unofficial feedback. It is a known issue by BlackBerry and the word is that the 10.1 update *should* help, though it still seems from browsing the forums that for many, even after the 10.1 update they are still experiencing reboots.

Digging through the forums, the thing that I'm finding very perplexing is that there doesn't seem to be a clear common thread between the reports. It's hard to debug something you can't reproduce. If EVERYBODY reported the issue, figuring it out and fixing it would be relatively easy (in other words, it would be fixed already). Or if it really was only reported by users on one carrier, you'd at least know where the problem lies even if it is taking a while to issue the fix. As I dig through the forum threads, however, it's not clear where to point the blame.

The last time I experienced issues with a BlackBerry rebooting, it was on a Bold 9900 and it was my SIM card was to blame. For whatever reason the phone hated my SIM card (maybe it got too old or bent or something). I replaced the SIM card and everything was fine - no more random reboots. Could it be an issue like that? Or could there be a common installed third party app to blame? Maybe there is something going on based on carrier connectivity - like it only happens during hand-off between cell towers or is only an issue when coverage is low? A good test is to turn off the radio and just leave the phone on WiFi - do the random reboots still happen then or only when connected to a network? Or maybe there's a hardware issue with a specific range of units produced? This does seem plausible, especially given that we haven't really heard anything about Q10 owners reporting reboot issues. Digging through the threads, nothing jumps out. What is clear though is that there are also many more users that are experiencing no rebooting issues, which is to me what makes this reported reboot issue even more weird.

A member in the forums suggested I should try and get my hands on a Z10 unit from a person who's experiencing the issue first hand. I'm going to do that today. Finally returning home to Canada yesterday after two months in the US, I found out in catching up with my (future) sister-in-law last night that her Z10 has been rebooting randomly on her. As is the Z10 of another friend I have here. What I find really interesting here is that I personally purchased both of those Z10s at the same time as I bought two other Z10s I have had no issues with. So I'm going to put them in the CrackBerry Laboratory and see if I can figure anything out.

Let's bring the CrackBerry community together to help solve this one. If you are a BlackBerry Z10 owner, be sure to vote on the poll at the top of this post. More than digging through the forums, the poll will get a little more action and shed some light onto how many Z10 owners are seeing the reboots, and also if 10.1 has helped.

Secondly, if you are a Z10 owner who is currently experiencing reboot issues, leave a comment and go into the details of what you are experiencing. What carrier are you on? When/how is it happening? What third party apps are on your phone? Are you on a new SIM card or old SIM card? The more details you can provide, the better.

Vote on the poll, leave a comment, and we'll report back with more on this one when we have it.