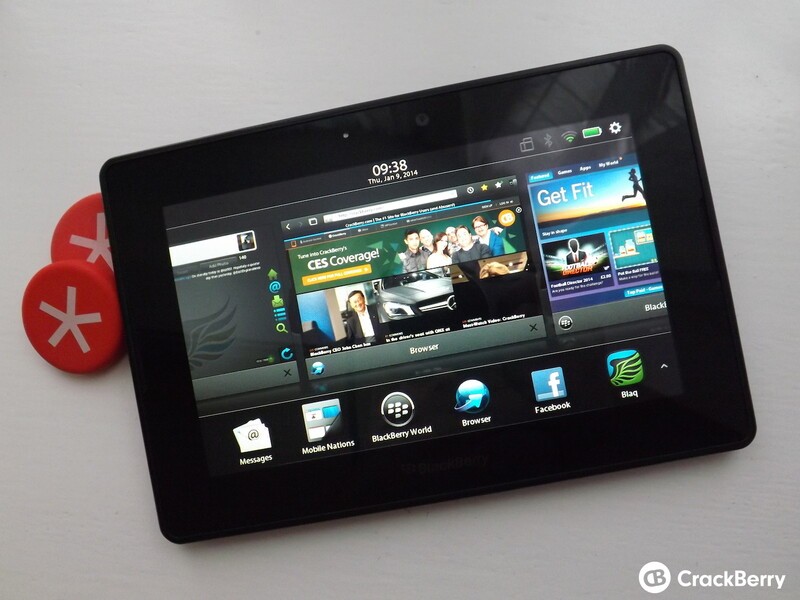 Looking back to when BlackBerry released their first tablet, the PlayBook, seems an age ago now. When BlackBerry 10 came to the market PlayBook users were looking forward to the new OS running on their PlayBook's as promised by the company themselves. Unfortunately, things changed and getting BlackBerry 10 onto the tablet never panned out.

I don't mean to sound negative in any way, but let's face reality - PlayBook sales were never great. That said, the majority of users were more than happy with the BlackBerry tablet, including myself and having QNX in the consumers hands was a great experience.

I was interested as to how many of the CrackBerry nation that bought the PlayBook are still using theirs. I'll be honest and say that although I still turn mine on from time to time and have a play, it isn't the tablet I use daily - I use the iPad mini and that's purely down to a few key applications.

So hit up the following poll and cast your vote. Sure, it's a shame that the PlayBook wasn't as successful for BlackBerry as we all hoped, but I absolutely loved mine for a long time and it will always have a place in my heart.

Kevin asked just the other day how your BlackBerry Z10's were holding up now that they have been available for a year, give or take a few weeks. The same applies for the PlayBook. Mine still runs just fine and the battery seems as good as ever, but I certainly find BlackBerry 10 a lot more fluid as an OS all round. Have you found the same if you were (or are) a PlayBook owner compared with a BB10 device?