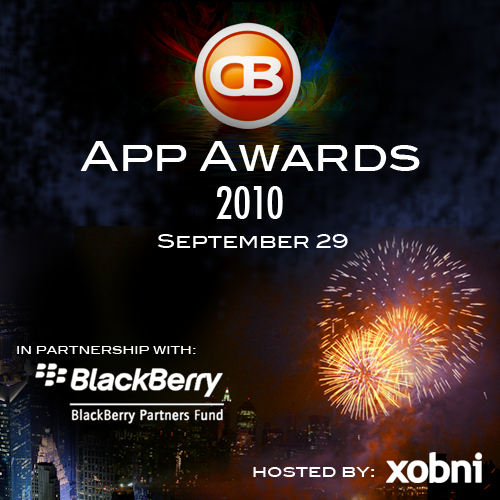 With the 2010 CrackBerry App Awards party coming up fast on (the Wednesday night of the BlackBerry Developer Conference - click here for event details and to RSVP), it's time to get the process started for choosing the winners that are going to be announced!

Crackies will be award this year in the following categories:

How to Nominate your Favorite Apps and Developers

To nominate your favorite apps and developers to win a 2010 Crackie award, simply leave a comment to this blog post with the category name followed by the app or developer name. Just check the first comment - I'll leave an example there.

The Crack Team already has a pretty good idea of some of the many apps that deserve to be in each category, but we want to make sure we don't miss any so this is your chance to have your voice heard as to who should be nominated as category finalist. Nominations will close this coming Tuesday at Midnight PST. From there the CrackBerry Academy will work through the nominations and argue back and forth to determine the top five finalists in every category, who will then compete in the community vote which will happen here on the blogs later next week.