It's been a minute. I apologize for the lack of communication. Shortly after the CrackBerry 2.0 relaunch announcement went out to the world early this year, the time I had to dedicate to the project all but evaporated. I've been heads down on a new business start-up (still in stealth mode) for the last six months that has been soaking up most of my time and energy. With CrackBerry being my passion project, the CB2 relaunch took a back seat. Which sucks, and I apologize for dropping the ball, especially given we had some momentum building!

Failure to launch is NOT AN OPTION, though, and I promised y'all that a CrackBerry 2.0 would come to the world this year. I recently realized that I couldn't do this alone, so I put out a CALL FOR HELP to the CrackBerry VIP Club for a Co-Captain to help me re-build the CB ship and get it ready to set sail. Much to my amazement, I had a lot of responses, and I found somebody Cracky/Crazy enough to take on the task.

WELCOME MY CO-CAPTAIN NIRAVE GONDHIA TO THE TEAM! 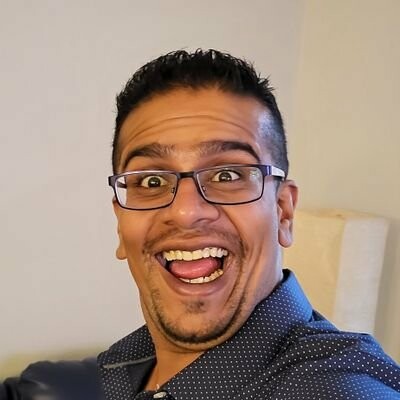 For those who don't know Nirave, he's been around the tech media publishing space for almost as long as me. Back in 2009, he started UK Mobile Review which he grew to several million readers per month outside a full-time job. From there, he served as the Managing Editor of Android Authority for several years. In 2018 he joined Mobile Nations, where we tackled some projects together, including launching the Future Tech Awards after Mobile Nations was acquired by Future PLC. Nirave left Future in 2020 to lead the charge at Busy Pixel and help revamp sites like XDA and PocketNow. It turns out Busy Pixel got acquired earlier this year, which has made Nirave a free agent again with some spare time on his hands which he's excited to put to use in helping lead the relaunch of CrackBerry.

Nirave is properly crazy and cracky enough for the role and task. Some fun facts:

So with that, be sure to drop a comment welcoming Nirave to CrackBerry. I do think we need to figure out his CrackBerry nickname - if you have some suggestions, put them in the comments too. Something to do with Prosecco, the word Darling or just involving the Brits would be fitting!

And Now… an Update on the Launch Plan!

Since Nirave stepped onto the ship, we've wasted no time laying out a revamped CB2 launch plan. A lot more details to come, but here's what you can expect over the weeks and months ahead:

The official CB2 relaunch will take place early in the new year, just in time for CES! Expect to see a new logo, new site colors, headings, etc., go live that will bring the new CB2 into clear focus.

Going to Las Vegas in January for CES was an annual tradition for over a decade for me. I miss it. So it's back on the CrackBerry calendar, and we intend to make it our annual get-together early in the year, every year, till the end of time. Hopefully, community members will be able to join, and we can make it a proper CrackBerry Meetup/Party. Stay tuned for the details.

There's work for us to do before CrackBerry becomes your daily website habit again, but we're going to get there. Stay tuned. There's more to come. For real, really, this time! :)