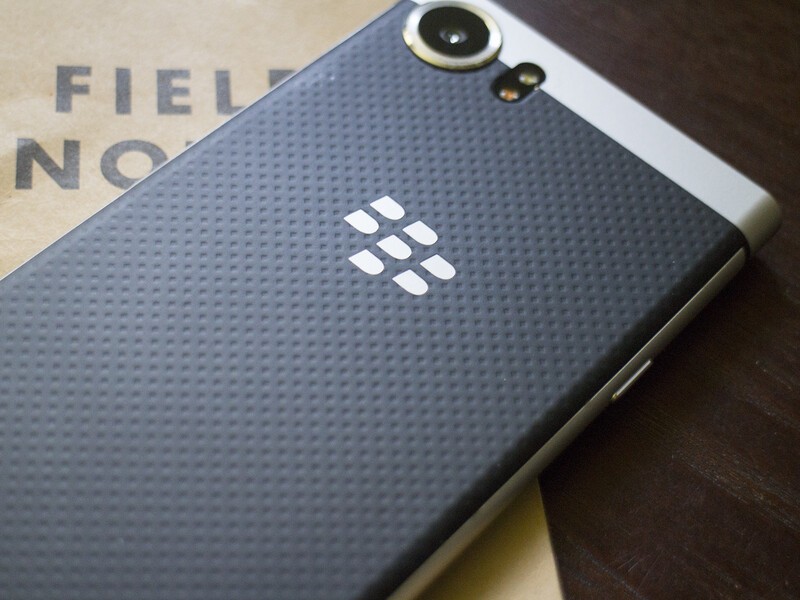 Currently, Carphone Warehouse has the best Pay Monthly pricing in the UK and also have the device in-stock. You can grab the BlackBerry KEYone for just £36 per month and £0.00 upfront cost.

The BlackBerry KEYone is rolling out around the world, and while we know it's still hard to get your hands on one in some places, those that have been using one already are loving it so far. There has been an incredible response, with positive reviews for the BlackBerry KEYone across the board.

To get a glimpse of just how happy users have been with the KEYone, we can take a look at Carphone Warehouse where the KEYone has an overwhelming amount of five stars reviews in just a few short weeks. The reviews are still rolling in, but the positive vibes are flowing strong!

Big T, who has switched from an iPhone 6 to a KEYone:

Previously I had a iPhone 6 my contract was due for renewal and I fancied something a bit different. Nothing wrong with the iPhone it did what I asked it to do but it lacked something ... So I went for the blackberry so far I couldn't fault it. It feels great, it looks great and the buttons are amazing to type on.

AXC33 praises the KEYone as an "Great all-round smartphone":

I bought a BlackBerry KEYone last week and so far I have no regrets at all! I had got my shortlist down to either this or a couple of Samsungs but decided that personally I'd end up missing a proper keyboard and all of its useful features if I bought an all-touchscreen phone ... If you're looking to buy a phone and want something slightly different but one that still offers all the essential features and apps, I highly recommend this phone!

Dmarc says it's the "best phone I have ever had":

I was a previous iPhone user but got fed up with the on screen keyboard I bought this phone two days ago and the battery has only gone down 70% since I have taken it out of the box! Amazing camera, headphones really clear together with the speakers, the amount of apps you can get with the customisation is just as good if not better than an iPhone and they keyboard is very responsive

One user even had a slight mishap the first day, but the KEYone made it out with just a few scratches:

... and low and behold the went smack on the concrete slab and it was loud! Luckily the phone is strong and withstood the impact but it sustained a couple of scratches on the top but otherwise everything else in pristine condition.

The KEYone is five stars!

If you're thirsty for even more reviews, you can check them all out at Carphone Warehouse.

While this is just a snapshot of some users in the UK, we know that KEYone owners all over the world are loving their devices as well. If you haven't been able to get your hands on one just yet — hang in there! We know the waiting is tough, but it will be more than worth it in the end, trust us!

Check out more on the BlackBerry KEYone at Carphone Warehouse or BlackBerry Mobile.