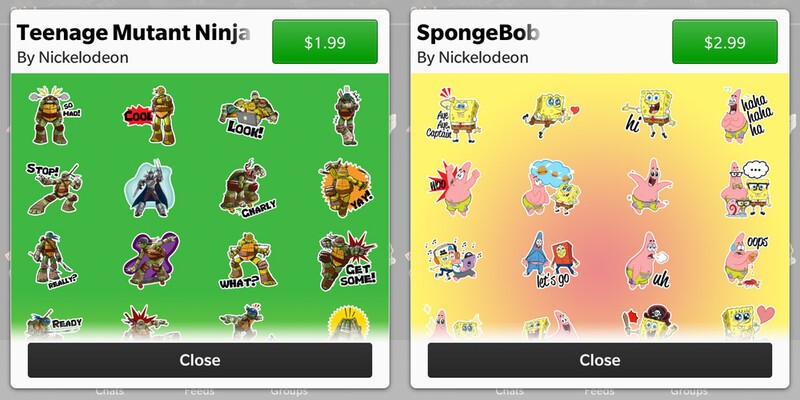 A little Friday fun has now appeared in the BBM Shop. I suspected they would be arriving, given they started appearing last night but finally, Teenage Mutant Ninja Turtles and SpongeBob Squarepants BBM stickers have now finally arrived. With the TMNT pack, you get the usual suspects including Leonardo, Michelangelo, Raphael, Donatello and Shredder, all for $1.99.

If TMNT aren't your flavor, well there's also SpongeBob SquarePants as well but that pack for some reason is priced higher than normal with it setting you back $2.99. It does of course include SpongeBob, Patrick and more. I leave you with this video.