BlackBerry DevCon Europe 2012: 50% discount on tickets and a get a free BlackBerry PlayBook if you attend! 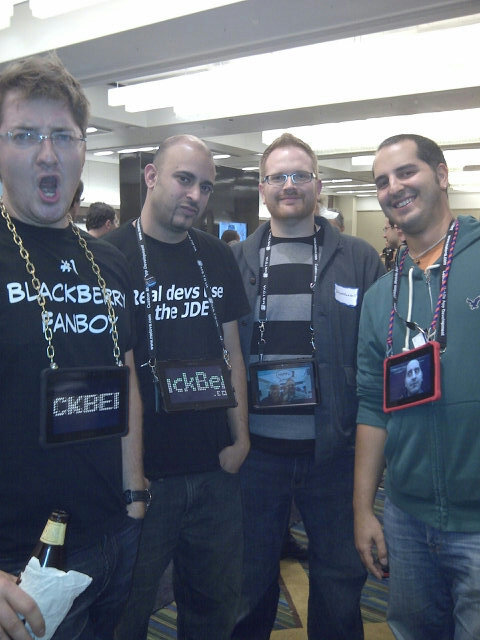 The inaugural BlackBerry DevCon Europe 2012 takes place on February 7th and 8th in Amsterdam, and Research In Motion wants you to be there. By attending, you'll be among the first to witness the birth of the next generation in application development, BlackBerry 10.

Whether you're new to developing for the BlackBerry platform, or you're an experienced app master, take up this offer and you'll be able to attend at half the cost to learn all there is to know about developing for 70 million-strong BlackBerry community.

CrackBerry Readers Save 50% on Registration: To get your 50% discount, visit online registration now, using this unique code before the year's out: DCJM18

To find out more about the event sessions, and how you could help shape the future of BlackBerry apps, visit the BlackBerry DevCon Europe website.

I hope to see a lot of you at DevCon Europe in 2012! If you're there and you see me, be sure to say hi... I'll be the guy wearing a BlackBerry PlayBook around his neck on a gold chain! CrackBerry... DevCon... Amsterdam... BlackBerry 10... I smell trouble, and a whole lot of fun!