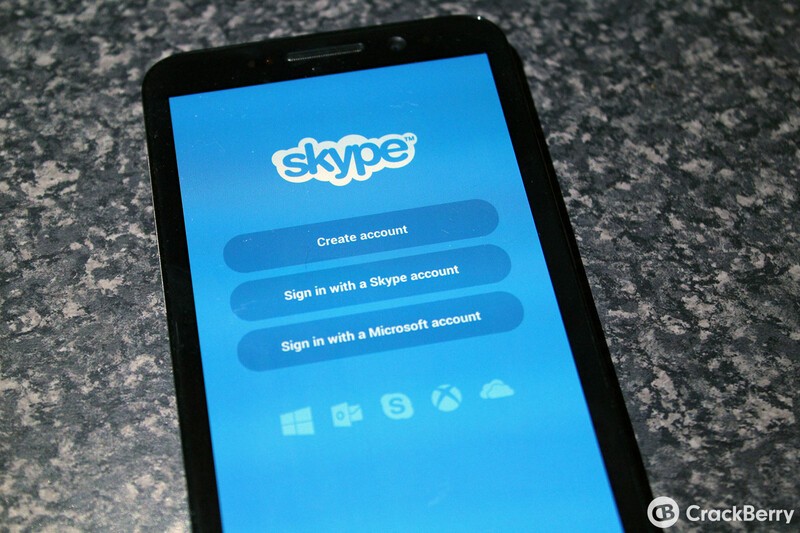 When it was first announced that Skype would be coming to BlackBerry 10 back in January, it got many people excited but the question at the time was will it be native, or would it be an Android port. That question was then answered via the Skype website itself. It was going to be an Android port. While many complained it was a port, others gladly downloaded it but it was buggy to say the least. Updates were pushed out to make things smoother but you still can't beat a native app.

A Skype update has just dropped and with it comes a very nice UI and is running a lot smoother than previous versions. It's still an Android port but it is a nice change. You can check out our quick demo of the update. However, is there a native Skype app coming? If you notice, in BlackBerry World, it is called Skype (Preview). Preview being the operative word here. Giving us BlackBerry 10 users a little peek of what's to come. A tweet today from Brian Zubert, Manager of Developer Relations at BlackBerry hinted that a native Skype app could be on its way. If this is true, it is certainly welcome with open arms. Skype is used a lot here by the whole of the Mobile Nations Team, so a native Skype app, that would run slicker and smoother than the Android port does is definitely something we want.

Nice update today to the @Skype#BlackBerry app. Huge improvement, but still looking forward to the full on native app! Might be 10.2 only!

Brian does add that it may be for OS 10.2 only. Hopefully, if and when it does drop, all carriers will have rolled out OS 10.2 already, so no users are left out.

I'm pretty sure this is good news all around but let's hear your thoughts CrackBerry nation. With BBM already multi-platform and knowing that Android and iOS users will eventually get BBM Voice and BBM Video, will you still need Skype? Sound off in the comments.