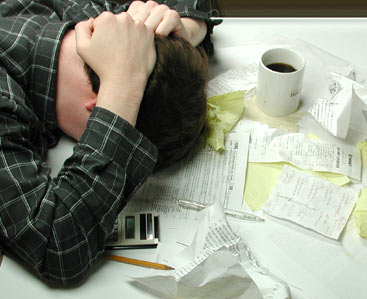 If you are in the UK and you use a BlackBerry come tax time you might be in for a surprise. And not a good one according to some tax accountants. And if it works in the UK, the IRS and Revenue Canada will be looking closely at Britian’s new tax measures with anticipation.

BlackBerries allow you to be available 24/7 and make it easy for you to interact with your office from wherever and whenever. But for a lot of people that handiness has turned into an addiction and a lot of time spent on the BlackBerry is not necessarily work related.

And therein lies the rub.

The British Treasury Department (their version of the IRS) has said that employees using their BlackBerries for “significant private use” could face a significant tax bill.

The British Chancellor, Gordon Brown, stuck a little provision in his last Budget, and most Blackberry users are unaware they will be charged 20% of the Blackberry's original price, if they are found to be using their device for significant personal activity.

Of course, the tax people are vague about what constitutes “significant” personal use and even the most ardent CrackBerry addict is not likely to be spending eight hours playing BrickBat.

The rule originally applied to PCs and laptops, but as of April of last year Blackberrys were considered a computer rather than a cell phone. Personal use of a cell phone provided by your employer is still tax free.

In the UK, businesses could give their staff up to £2,500 worth of equipment as a “benefit” without any tax consequences for private use. But now anyone who is suspected of using that “benefit” for personal use could face a £500 tax bill.

Companies are now being encouraged to state in writing that company-supplied BlackBerries should be used solely for business use and employees should keep a log of their usage.

North America obviously has different tax regimes than the UK, but as a lot of people here do write off their BlackBerries as business expenses, we shouldn’t be surprised if the IRS or Revenue Canada start asking for some usage documentation in the future.