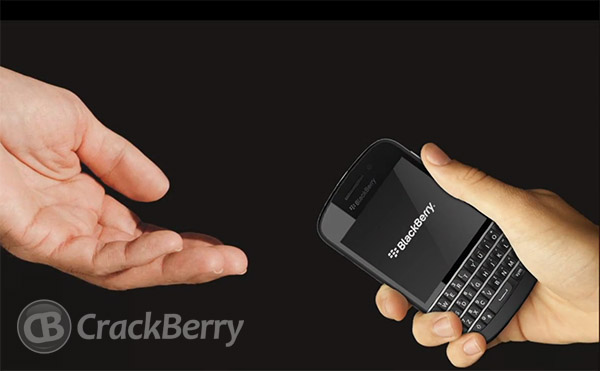 How often do you hear people talking about BlackBerry and the competition they face from Android? Plenty. Yet nobody actually sells an Android product in the store. They sell phones that use Android. We talked about this on CrackBerry Podcast #91 yesterday.

The trouble with Android is that very few smartphone vendors are making money from it. The list may be as small as one single name: Samsung. I say this because the world's #2 maker of Android phones, HTC, can't seem to make much money. Yeah, I suppose HTC is technically profitable, but their profits are are at the lowest point since 2006, when they first started making smartphones under their own brand.

If the world's #2 Android maker is struggling to make a profit on phones, how can other vendors expect to? This includes the Chinese vendors ZTE and Huawei. One can argue that Amazon is making a profit by forking Android and using its loss-leader devices to drive e-commerce. But that's another game altogether. And they're not making Amazon smartphones, yet.

Kevin talked about this in a recent interview with CNBC. Skip to the 3:20 mark if you want to get to the Android discussion in that interview. He correctly points out that "Android" doesn't have a relationship with carriers. Samsung and other vendors do. And it's really only Samsung who's doing a good job of it.

Let's look at the PC market to think of why this matters. When a customer wants to buy a new computer they decide, first and foremost, on the operating system they want. People are either in the Windows camp or the Mac camp. The numbers show that most people buy Windows PCs. Once that decision is made, they choose among commodity manufacturers such as Dell, HP, Lenovo, or whoever. The hardware makers fight for slim margins.

Apple has avoided that problem by controlling its own platform and making sure their products are beautifully designed and easy to use. BlackBerry has always owned its own platform too. This has served the company exceptionally well for a long time until they got caught not paying attention to where the market was headed. As the great Wayne Gretzky might say, they we're still skating to the puck instead of to where it was heading.

So now Research In Motion is correcting course. They're skating in the right direction and wooing developers. I don't think anything has changed in terms of the value of RIM owning their own platform. If they were to adopt Android they'd be another commodity player fighting against Samsung on very bad terms.

RIM needs to focus on differentiating from Samsung and Apple. That's it. They can essentially ignore HTC, ZTE and other Android vendors who are forced to compete against Samsung without much of a weapon.

Thankfully for investors, RIM doesn't need to beat Samsung. They just need to beat the other Android vendors. With their own differentiated platform, they are not fighting the same commodity battle. After Samsung and Apple, I think the #3 slot for hardware vendors is up for grabs over the next few years. Nokia has it now, but we all know it's based on dying Symbian sales. It won't last.

To stay relevant, Nokia has latched onto Microsoft's Windows Phone platform, but that hasn't saved them yet. And like building for Android, building for Windows Phone is a commodity game. Just look at Windows Phone 8. The battle has already begun and the phones are not even on sale yet. Nokia announced their new Lumia, followed days later by HTC announcing their own, followed by word that Microsoft intends to release their own Surface phone. It's hard to have a stand out device in the smartphone market -- one where you can hit high volume and economies of scale and really earn a profit -- when you're constantly battling vendors on your own platform to keep your name in the headlines.

So if RIM does a great job with BlackBerry 10 they don't only maintain their #3 position as a smartphone platform, but they could go after the #3 vendor position in the entire smartphone market.

Keep up the good fight, guys.