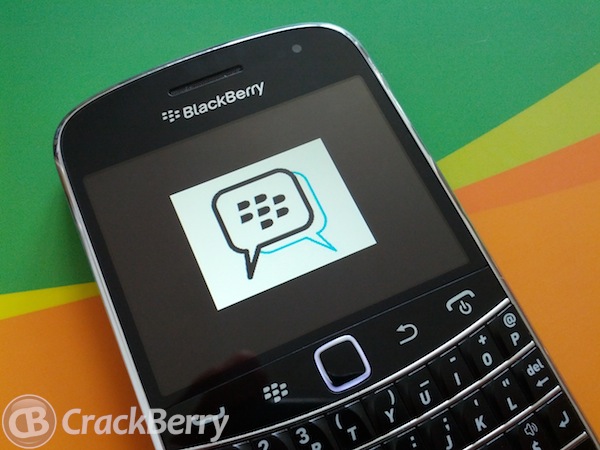 We all know that RIM is getting stick from the media left, right and center these days and I suppose that even negative press is good as it shows that people still care. What most journalists and bloggers seem to miss out from the majority of posts is that the Canadian company still has around 80 million BlackBerry subscribers worldwide and growing. Sure, sales in some regions have plummeted over the last couple of years but with a growing user base RIM are not out for the count.

All eyes will be on BlackBerry 10 over the next two quarters and it will be interesting to see what further features of the new OS RIM are happy to show us before its final release. The subject of RIM possibly licensing BB10 has one again reared its head this week in the press, although as we mentioned here at CrackBerry that is not new news - Thorsten Heins has said all along that RIM will consider many possibilities to ensure that the company succeeds.

BlackBerry Messenger (BBM) is one of those features that RIM has that blows all other instant messaging clients out of the water, and that got me thinking. We know that smartphone users on other platforms would love BBM on their devices and the rumor that RIM will license it tends to pop up every so often. But what if RIM decided to keep it for themselves? Would selling it to other platforms do RIM any good long term?

We all know that BBM is why many of us use a BlackBerry. It is addictive, easy to use, cheap and feature rich. Going back some years a BlackBerry was all about the email. These days email is just a small part of the whole BlackBerry equation. Here in the UK you can't go for a walk down any high street without seeing nearly every teenager using a BlackBerry. Don't get me wrong - it isn't only the hip and trendy youngsters. If you take a commute into London you will see dozens upon dozens of business men and women making good use of their BlackBerry, and it is the same in many countries. With close to 9 million BlackBerry users in Great Britain and 80% of them using BBM I think it is pretty safe to say that BlackBerry is holding its own here. Gone are the days when BlackBerry Messenger was just a messaging client. It has evolved with the times and offers so much more now. An example of this is its integration with other apps. The majority of 'decent' applications for BlackBerry are now BBM connected. This gives users the ability to take advantage of sharing information with friends and when people refer to BBM as a kind of social networking app I can understand their point. I suppose with status updates and the sharing back and forth of information it has become a stand alone social platform - exclusive to BlackBerry owners. This lead me to have a thought - If BBM is so addictive and BlackBerry users can't bear to be without it, will that keep them using the BlackBerry OS?

If that is the case then it means that as the younger generation grow up they will evolve into a nation of BBM adults. If the 'new' young generation continues to adopt the BlackBerry as their communication device of choice then we retain the youth element to team BlackBerry. And if the business people I mentioned also carry on using a BlackBerry when they also grow older we will then have three generations all relying on their BlackBerry as their smartphone of choice. Could this be part of the reason why we may well see a 'comeback' from RIM?

I hope my theory is right. Yes, BlackBerry 10 will be a game changer and I am pretty sure we will get a percentage of iOS and Android users coming back over to BlackBerry in time but winning over those users is not the initial key plan for RIM. The BlackBerry 7 range will still be around for the considerable future and RIM have promised to support those users. If the likes of BBM keeps people using the platform, plus with the addition of the new OS and fresh hardware then I really can't see why the subscriber base shouldn't continue to grow.

Am I barking up the wrong tree here?