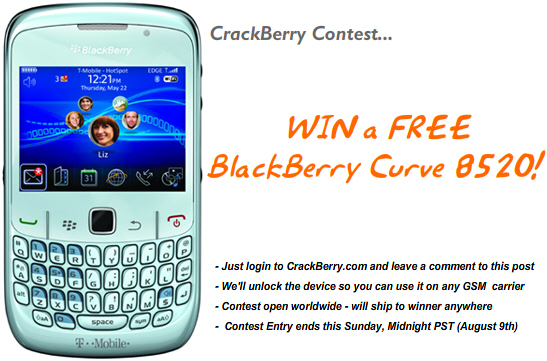 The BlackBerry Curve 8520 officially becomes available from T-Mobile tomorrow (go to Walmart for the best price!) and we wouldn't be CrackBerry.com if we didn't mark the event with a contest and give the community a chance to win one for free.

If you're unfamiliar with the Curve 8520, you can check out our pre-release BlackBerry Curve 8520 review and read the official press release. After that, just leave a comment to this blog post for your chance to win a free BlackBerry Curve 8520. Now for the big question... if you win, do you go for the black version or the frost version (pictured)???  Good luck!!!