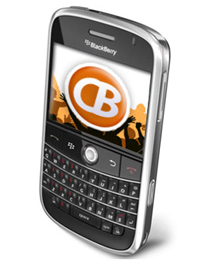 After last week's craziness with a Colorware Tour, 1000 copies of Tetherberry and a bunch of apps, we took it light this week. We have some copies of the updated BerryScroll and the great premium theme Centrifuge. You can also snag some cool iSkins. You still have time to enter, so head over to the links below and leave a comment on the original contest posts before midnight PST tonight. And don't worry, with the launch of the Bold 9700 and Storm 9550/9520 coming in the not so distant future, Kevin is already cooking up a crazy CrackBerry contest that'll make its appearance here soon.