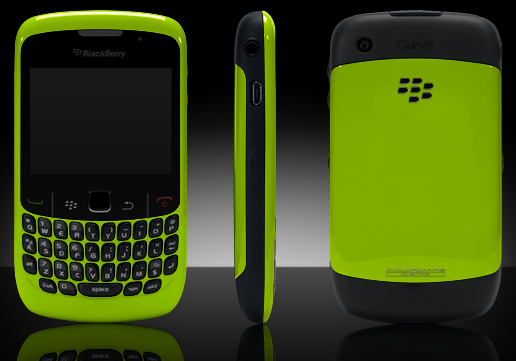 So I'm not sure when exactly ColorWare added the BlackBerry Curve 8520 to their line-up, but apparently it's there now. I was actually just browsing their site trying to figure out what color of Beats by Dre  to pick up for myself, and clicked into the Phones section before leaving the site out of habit and poof, there was the 8520. Apologies if it has been there for a while and this is old news... it was news to me anyways and I don't think it has surfaced in the blogs just yet.

If you own a Curve 8520 and want to send it in for a paint job, $99 will get it done and you can choose from a variety of colors. Alternatively, you can order a new unlocked Curve 8520 from ColorWare for $499, in your choice of colors with a 1 year warranty included. Keep in mind the word is T-Mo will be releasing an all-white Curve 8520 in the weeks ahead, so if you're thinking about an all white one you may want to hold out for that. Speaking of ColorWare, don't forget you still have until midnight PST tomorrow to enter our Win a Custom-Painted ColorWare BlackBerry Tour Contest!