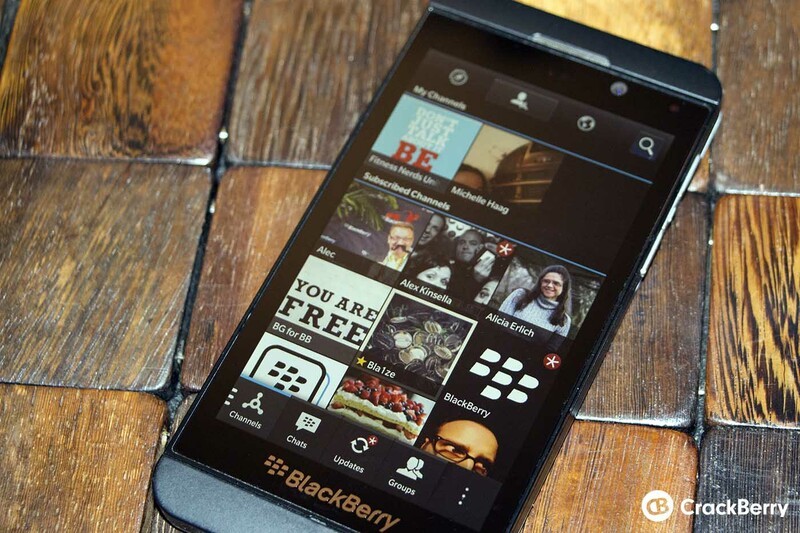 CrackBerry caught up with BBM's senior director of business development, David Proulx, at Mobile World Congress to talk about the week's announcement surrounding BlackBerry. In addition to touching on the Nokia preload announcement made at MWC, Proulx mentioned that the growth in Channels usership following the Android and iOS release was impressive — 100% in the case of the official Olympics and Coke channels.

"We actually have seen, case in point, Olympics or Coke. When we launched BBM channels on iOS and Android we saw doubling of subscriber bases for a lot of the sort of channels that I think are broadly interesting, or from broad development."

Beyond Channels, we breezed over the BBM 2.0 for iOS and Android that also introduced voice, quick sharing, and friend-finding. There was Gingerbread support added for Android. He then mentioned the Nokia X and Windows Phone announcement, and this is where Proulx provided a bit more clarity on what's going on. "Those Nokia announcements are significant because they're not just present on the platform. They're pre-load and co-marketing agreements."

A pre-load is a big deal, and signals BlackBerry's continued willingness to collaborate with partners, even if they're ostensibly competitors. One of the bigger complaints from iOS and Android users is that the user interface doesn't match the platform standard, and as Windows Phone users are especially particular about their UI, Proulx admitted that "We're going to start to implement more of those native controls and design elements to make it feel more at home on the platform."

The week's news also involved WhatsApp, which was acquired by Facebook for a cool $16 billion. We're all aware of WhatsApp's humble beginnings as a BBM clone that happened to be cross-platform. BlackBerry's CEO John Chen openly admitted that he would sell BBM for that amount, and Proulx was equally congratulatory. "They obviously got an unprecedented exit. The sheer value of that transaction is remarkable." Proulx also said this bodes well for the sector BBM is participating in; there's money to be made here, equally demonstrated by Rakuten's acquisition of Viber, but the revenue stream here is still squarely in the realm of "potential".

"It's going to create some interesting opportunities in the market for the rest of us, inasmuch as there need to be counter-moves from everybody who's not Facebook and WhatsApp, whether you're a telco, whether you're another big consumer Internet player, whether you're one of the standalone mobile messaging platforms, in order to differentiate and stand apart."

Proulx went on to say that the things BBM is going to be doing to make money are going to be different than what WhatsApp will need to do in order to justify Facebook's massive purchase. BBM has been experimenting in enterprise with a custom-built messaging solution and on the consumer side with stickers. On stickers in particular, Proulx was excited because virtual goods are becoming a "core part of the communication experience".

Those are the broad strokes of our chat with Proulx on Channels and BBM. Is there anything you guys are still wondering about the Nokia partnership? How well are Channels doing, from what you've seen?