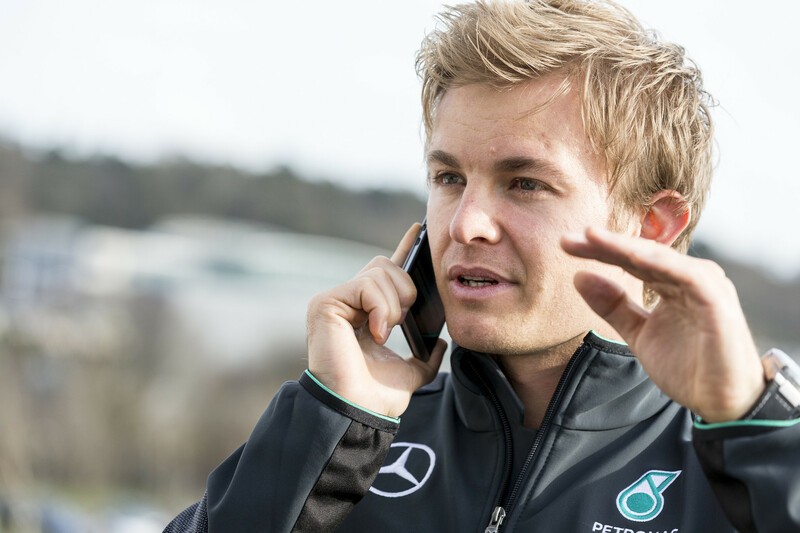 Within the Formula 1 MERCEDES AMG PETRONAS Formula One Team organization, there are BlackBerry devices all over the place. Hundreds of team members use them to communicate on a daily basis, and the 60+ team members that travel the globe during the season really put their devices to the ultimate test. BlackBerry helps to give them a solid ground of communication and security whether at home or on the road, and Matt Harris, who runs IT for the Mercedes MERCEDES AMG PETRONAS team, took some time to shed a bit of insight into how BlackBerry helps keep them moving.

Matt looks over all of the BlackBerry and non BlackBerry devices deployed with the MERCEDES AMG PETRONAS organization. From Z10's to Q10's to Z30's, there are over 200 BlackBerry devices running on BES10. In addition, there are around 20 devices that include iPads and other mobile phones, and awesomely enough, still a good deal of PlayBook users as well. Many of the users are already on the Z30, but Matt says the goal is to get everyone on the Z30 soon. They've also just started to check out BES12 which Matt hasn't even had a chance to see yet, but is definitely looking forward to trying out.

While they started out with everyone on the Z10, Matt notes that it has "aged quickly" and wants to move everyone to the Z30 "as quick as we possibly can". He notes that the Z30 is a marked improvement over the Z10, and praises the battery life as the biggest feature. Even so, there are still many on the team that carry external battery packs to stay charged on the go — showing just how much use their BlackBerry devices see during the day.

There are also some die-hard keyboard lovers that refuse to give up their Q10's in favor of the Z30, but Matt says that's ok. He thinks the upcoming BlackBerry Classic will be a great fit for those who need a physical keyboard. The lucky folks at MERCEDES AMG PETRONAS will also get a sneak peek at some newer devices (under NDA of course) that are coming later this year so they can better see what their upgrade options will be going forward.

On top of battery life being a big seller, security is the number one concern — and the reason that MERCEDES AMG PETRONAS chose to go with BlackBerry. With so many people using devices daily, everything on the devices needs to stay secure — even if they're misplaced or stolen. "People were still able to communicate and we could trust the fact that the data was secure. If they lost the phone, we knew that the phone was secure," Matt says.

Security has always been a top feature for the team. They previously used Bold and Curve devices on BES5 before moving to their current setup. "We basically picked BlackBerry because of the security aspect," Matt says, "we haven't got that same warm fuzzy feeling from the other vendors."

As you would expect, BBM also plays a huge role in how the team communicates and gets things done — and there is a "huge amount of communication over BBM." They used BBM and BBM Groups "considerably" for everything from chatting to scheduling to diagnosing technical issues on the fly. There are typically just two IT members that travel with the team, but everyone is accessible via BBM if something should come up. Matt says they can start out with a simple chat, then escalate to a group chat, or onto a video chat so they can remotely see an issue that needs help.

Even something like schedule scheduling is "harder than you think" according to Matt. Getting everyone on the bus, to the track on time or even finding someone down in the pit lane — BBM is a huge help. They use BBM almost constantly to stay in touch, as trying to keep track of so many people, or even know who got a message, can be a near impossible task at times. With BBM, Matt says "you know it's delivered, you know it's been read."

Many thanks to Matt Harris for taking the time to chat with us. We certainly look forward to getting some more details when BES12 is in full swing and Lewis and Nico have some great new devices to play with!