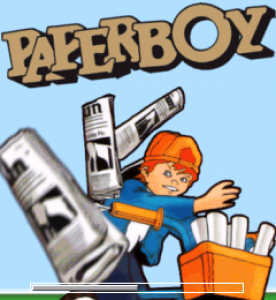 Talk about a throw back to the classics. I remember playing Paperboy on my old NES and loving it. Now, thanks to Elite systems I can relive those times right on my BlackBerry. Yes, that's right, they have released the officially licensed version for BlackBerry smartphones which is now available via BlackBerry App World for only $4.99. Most devices are supported with the exception of touch screen devices and seemingly the Bold 9000. But, I've come to not really trust the online compatability list and check from my device instead. If Paperboy was one of your favs growning up check it out.