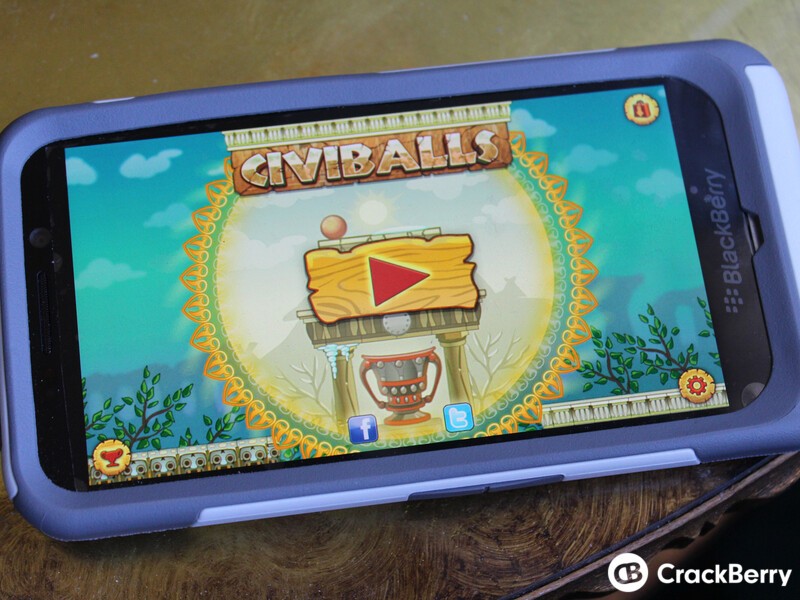 Civiballs is not one would expect to see as the name of an adventure game. Putting aside those thoughts it is actually quite an interesting puzzle game based on an online flash version of the same name.

The concept is rather simple but there is a unique back story. It is your job as a young scientist, along with your pet monkey, to travel back through time to rescue ancient artifacts, or steal ancient jewels, across three different civilizations or eras. These are Rome, Vikings, and Inca. Players unlock each stage by collecting a certain number of the aforementioned purple jewels. As I said earlier, it is a rather simple concept but execution is another matter and it does find a way to pull you in.

Basic gameplay revolves around users cutting chains or ropes to manipulate and drop the colored balls into the corresponding pots. This may sound easy, but as with Angry Birds, involves some knowledge of physics and how to use the obstacles and objects to your advantage to accomplish.

Each level consists of an object, such as a crossbow, to propel the ball across the board or several obstacles standing between you and the matching vase. If there are several you need to match, dropping one into the incorrect pot ends the game. Sometimes a chain reaction is needed in order to complete a level which is easier said than done. However, the beginning levels are rather easy to get through.

The game itself offers appealing visuals and graphics. For the more difficult levels, it does offer a limited number of skips, three to be exact, though I warn to use these sparingly. I enjoy the game and how you have to be quick and think ahead with your moves. Name aside, it is fun and challenging and worth the $.99 price tag. While the free online version may be still be around to play, it translates well to the more portable screen of my BlackBerry Z30. Civiballs also supports the BlackBerry Z10, BlackBerry Z3 and the Porsche Design P'9982.