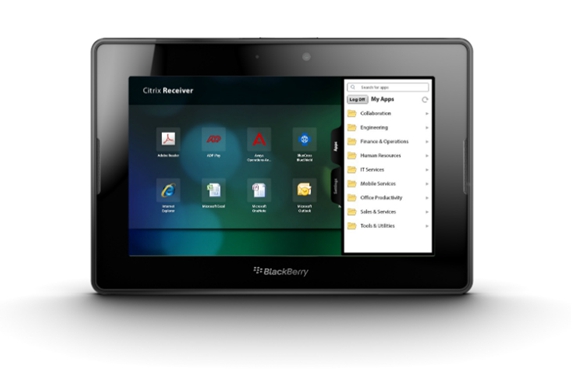 Citrix Receiver for the BlackBerry PlayBook has officially shed the "tech preview" status and gained the official tag with version 1.0 hitting BlackBerry AppWorld. For those unfamiliar with Citrix Receiver, it is an application that offers IT managers enterprise virtualization from the PlayBook. Previously in the tech preview many of the important features like CAG support, RSA token supprt and even Citrix Gateway support were not available, but with the recent bump they now are. The upgrade to 1.0 brings along the following new features for those of you upgrading

If your company uses Citrix be sure to hit the link below to grab Citrix Receiver for the BlackBerry PlayBook, and if you would like to learn more about it be sure to check that out here.