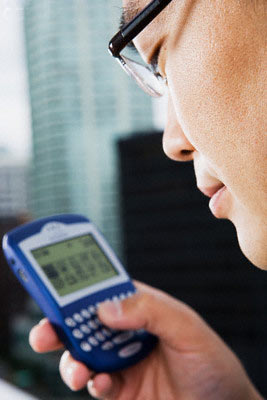 In China, where mobile phones and PDAs are fashion statements, young people spend a large part of their income on devices. Many are bought on a couple of online stores, where even legitimate brand name items can be much cheaper than you’d find in the West.

According to Business Week, a number of these cheap phones are practically brand new but were returned by North American or European buyers and then acquired through “special distribution channels.” I guess that is what we are calling “falling off the back of a lorry” these days. A Blackberry 7730 that retails for several hundred dollars in the US can sell for less than US$90.

But for the low price you do miss out on certain features. The push-mail feature does not work on smuggled devices. However, Berrys bought through official outlets come with PINs and now get push-mail in China thanks to deal between Research In Motion (RIM) and China Mobile.

There is also some concern about the proliferation of illegal knockoffs often called RedBerries which are now making their way out of China into other markets.

China is already the world's largest mobile phone market with 460 million users in 2006. New subscribers are being added at a rate of six million per month.