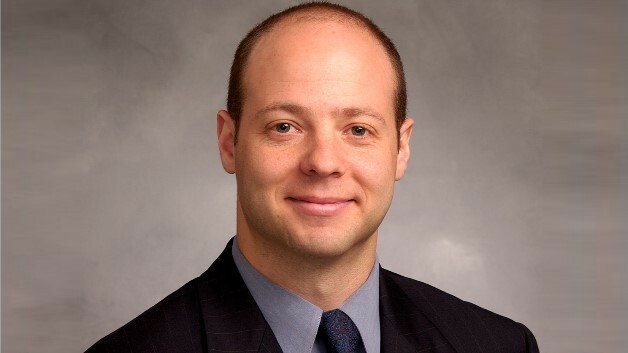 Despite having joined the company back in February, we've not heard a lot about what BlackBerry Chief Security Officer David Kleidermacher is working on at BlackBerry. As we know from the announcement of his arrival, his main focus, according to BlackBerry CEO John Chen, is to 'help extend BlackBerry's gold standard of security as we work with customers to meet new cybersecurity challenges' and more specifically, 'securing the Internet of Things and embedded systems'.

That's the company quote of what Kleidermacher does and why he's at BlackBerry but a new interview with the man himself from German site Elektronik Praxis sheds some light on his daily activities and where he sees BlackBerry in the context of embedded systems and IoT.

Historically, companies such as Green Hills and QNX have always strongly focused on the device. But that the IoT work, the device must be part of a larger story. It takes data security and the ability of the device to scale up to the cloud. It is also important to offer an end-to-end solution that includes both the data analysis as well as a robust cloud solution that run anywhere in the world and can handle incredible amounts of information.

One of the things that were attractive to me at BlackBerry is: you already have such a solution for mobile devices. For many years, they have a Data Center, which is able to process enormous amounts of information, messaging, upgrades to the devices in the field and the like. And you know what? Embedded systems need all too! In this respect, the marriage between the BlackBerry and QNX is a good connection.

One of my tasks is the concept of "High Assurance". Many people in the embedded industry know that high-reliability level are very important. They understand that a system, such as in the case of a medical device or in an automotive system with ASIL-D level, the functions must meet reliable, which has provided the equipment developer - with respect to the functional and data security.

But if you look at some cloud services, such as Google or Samsung, then this assurance idea that companies like QNX is represented for a long time, almost non-existent. There are simply not him! You hear every day of new hacks. Therefore, I believe that we have much to gain if we use what we have learned in the embedded space on High Assurance, transferred to the IoT. My strategy is to apply these ideas to mobile devices and the cloud.

The questions above are just a small part of the interview, but you can read the full article via the Elektronik Praxis site. Keep in mind, unless you read German, you'll have to run it through a translator but it's an interesting look at how Kleidermacher, who most recently served as Chief Technology Officer at Green Hills Software, looks at the landscape for BlackBerry in the IoT sector.