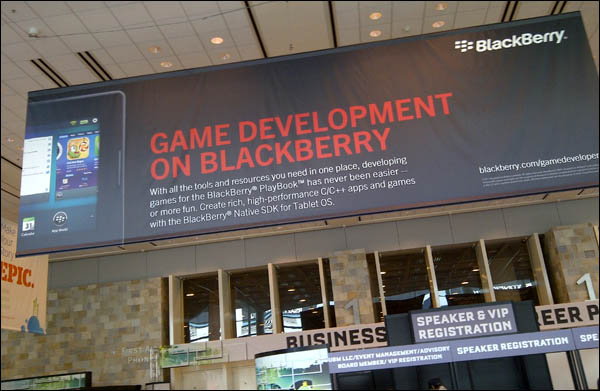 The BlackBerry Developer Relations team (aka Alex Kinsella and Victoria Berry) is hanging out in San Francisco this week at the Game Developers Conference, but they aren't there just for fun. Not only is BlackBerry a sponsor of the GDC again this year, they also have a booth set up (#1909) where they have a bunch of super cool gaming and platform experts on board to present some great sessions.

The formal sessions include:

Not only will they have the formal sessions listed above, there will also be some informal sessions held at the booth throughout the week. You will definitely want to make your way over to the booth or the sessions not only for the information they have to share, but also for the giveaways they have planned. We aren't sure what they have to give out but they always have something fun. If you hit up the booth, be sure to let us know what kind of awesome swag you come away with. For more information on the BlackBerry sessions at GDC, check out the link below. Thanks for the picture Alex!