The day before CES is a tradition for the tech media: it's press day. The biggest companies all trot out their latest gear in rapid fashion, and we write about it, take photos of it, and put our hands on it so we can give you a quick taste of what these new wares are like and whether or not you might want them. That day is today. There's a lot to it this year, so let's get started! 05 January

Huawei rolls out the Mate 8 and a bedazzled Watch

Swarovski all up in that bezel

Huawei made a big splash at CES, bringing their new flagship Mate 8 to the show. It's an impressive phone filled with impressive hardware and with a price to match. While there are some detractions — like the 1080p display — they're made up for with the absurd battery life it squeezes out of the giant 4000mAh battery inside the slim metal body. But that wasn't the only thing that Huawei had on hand: they pushed out a new audio-centric MediaPad M2 10.0 tablet with Harman/Kardon audio, plus new models of the well-regarded Huawei Watch with fashion-conscious designs focusing on the female market. And that means Swarovski crystals in the bezel. 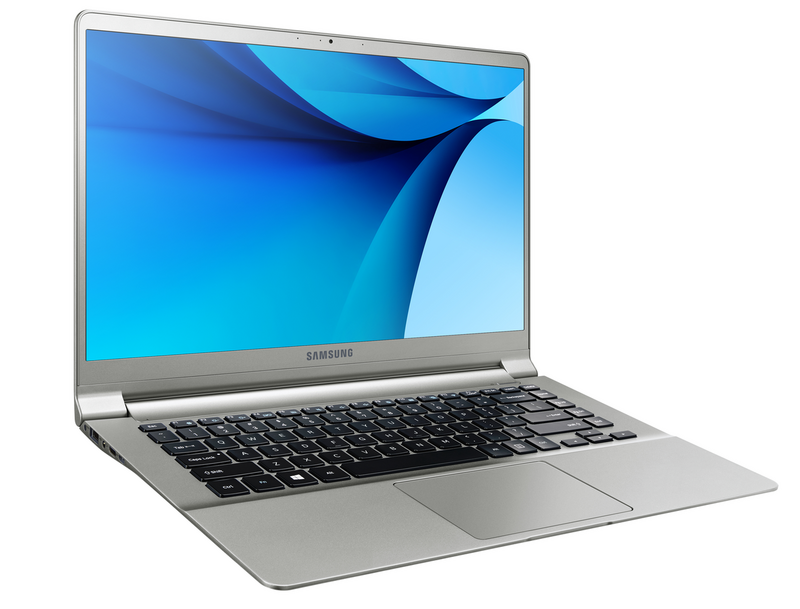 Samsung's new laptops are too light to believe

Full-fledged ultrabooks, but with even less to lug around

Samsung's not messing around with their new Notebook 9 laptops. Running Windows 10, the pair of ultrabooks have real Intel Core i5 and i7 processors, Full HD displays, and more, but the real point is how thin and light they are. The 15-inch version is 14.5mm thick and a weighs in at 2.84 pounds, while the 13-inch version comes in at an absurd 13.4mm and 1.85 pounds. And there's more than just laptops in the works — Samsung also announced the Galaxy TabPro S, an ultra-thin Windows 10 tablet with a 12-inch AMOLED display plus a keyboard cover.

HTC's impressive virtual reality project is even more so now, and coming in April

While they've been working on it for a while, HTC has iterated their virtual reality headset again, giving it the name of Vive Pre. The new Vive adds an external camera for recognizing the environment around you and bringing it into the headset. It's not quite augmented reality — it's more like augmented virtual reality. HTC's currently targeting an April release for the Vive Pre.

You might not realize it, but Microsoft has been at work in automotive for many years — the first two iterations of Ford's Sync system, for example, were powered by the Microsoft Embedded Platform, a version of Windows stripped down to its core. Microsoft's not resting on their past successes, though, and has been working with partners to more seamlessly connect your mobile devices to your car and even directly connect your car to the Microsoft cloud and Office features. Think about being able to take Skype calls, respond to emails with your voice, and reschedule your calendar all from your car.

Honor brings Huawei to the U. S. of A.

After launching 2 years ago in China and just over a year ago in Europe, Honor is coming to the United States with their mid-range $199 Honor 5X. And they're wasting no time — the phone will be available on American shores on January 31st. And unlike many of Huawei's other phones, like the previously-mentioned Mate 8, this phone's running on top of a Qualcomm Snapdragon processor and packing a beefy 3000mAh battery. It's a solid phone to bring the Honor brand to the U.S.

Under Armour and HTC break into the fitness technology space

Partnering up to take on the sleeping giants of fitness trackers

HTC's a well-regarded, if underperforming, technology company. Under Armour is a well-regarded and overperforming fitness clothing and equipment company. Bring the two together and you get a new set of fitness gadgets that might just be able to take on the Fitbits and Jawbones of the world. For the regular crowd there's the UA Band wrist-worn fitness tracker and the UA Scale connected scale, and for the hyper-fit there's the UA Heart Rate that straps around your chest for precise heart rate-tracking.

Samsung, LG, and Sony are all about connecting your home

Samsung, LG, and Sony all took part in CES 2016 press day, but truth be told most of what they announced fell outside our usual area of coverage. By and large the emphasis was on things not-smartphone and not-tablet, though they did discuss a lot of things that could connect to and communicate with your mobile devices. And a damned fancy washing machine.