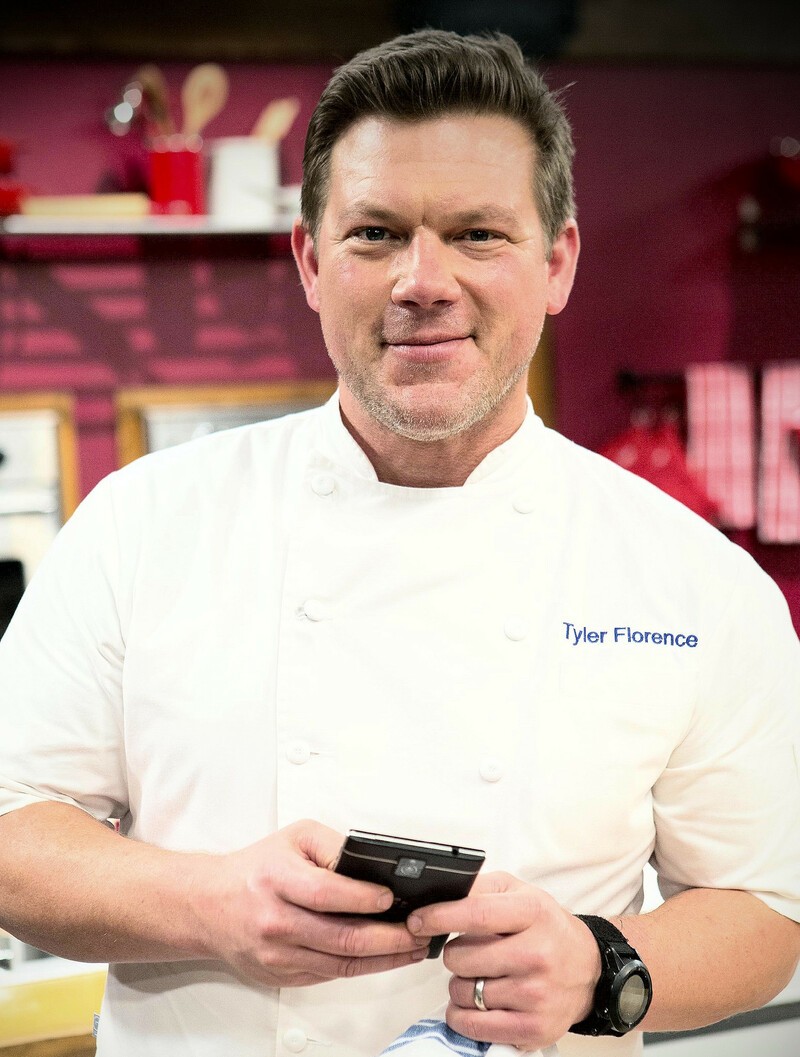 Being a celebrity chef, writer and television host Tyler Florence is obviously a busy individual and to keep his life on track, he relies on BlackBerry, more specifically - a BlackBerry Passport. With his love for BlackBerry being no secret, in a new interview with the Inside BlackBerry blog, Florence has shared a little more insight into how BlackBerry helps him manage his busy schedule, all eight of his businesses in addition to keeping up with friends and family members securely, plus why he made the switch back to BlackBerry.

Why He Made The Switch

A self-professed "old-school BlackBerry fan," Florence spent most of the 2000s decade using BlackBerry smartphones, until switching to an iPhone a number of years ago.

While Florence praises the iPhone's usability and fun factor, there were downsides. As the host/co-host of shows such as The Great Food Truck Race, Food Court Wars, and Worst Cooks in America, Florence travels about 90 days, or nearly a quarter of the year. Being on the go became increasingly incompatible with the iPhone, which "left me stranded way too many times to count." Searching for outlets to recharge his iPhone was an inconvenience he couldn't afford. "I'd be filming on set for 10-12 hours, then we would wrap and I would have to rush to the airport. I'd only have a small window of time to catch up on e-mail and other work. I really needed a phone that could keep up with my busy day."

Something as simple as the auto correct feature also put his carefully-nurtured business relationships at risk. "I'm the CEO of a company, in partnership in 8 different businesses," he says. "E-mails are my word. People judge you by your typos."

Florence recalls one gaffe that occurred when he was writing an e-mail to the President of the Macy's department store chain. "I was writing it very quickly. Well, Auto-Correct changed Macy's to Maybe," he says. "I have a thousand more stories like that one."

The Wall Hugger Tribe. I'm so glad that's not me anymore. Taken from my #BlackBerry #Passport that still has 35% battery after 10 hours of heavy work. Professional phones for professional people. by @tylerflorence

Florence's BlackBerry epiphany took place on a flight last year. "I was sitting next to a gentleman who had a Q10. My iPhone battery had been dead for hours but this guy was still going," he recalls. "The next day I started doing research on BlackBerry and it felt like a magnet."

Florence first came back for the Q10, which he praised for its stamina as well as its unerring accuracy. The Q10's physical keyboard "makes my e-mails very accurate," Florence says. "The flick-to-text feature also makes me very fast. I can write a 5-page e-mail, if necessary, and still trust that it will be accurate and precise."

But when Florence saw leaked photos of the BlackBerry Passport, "it was like looking at the future." Having made it his primary phone for the last several months, Florence has nothing but praise. "It's a beautiful, well-built device. And the technology in this phone is so brilliant. I'm really feeling it," he says.

Florence also loves the BlackBerry Passport's mammoth 4.5-inch, 1,440 x 1,440 screen. "Some people said the screen's 1:1 aspect ratio would be awkward, but I think it's beautiful," he says. "The colors on the screen are great."

And it makes him more productive than ever while on the go. "I can effortlessly write 50+ emails a day without having to have a disclaimer at the bottom apologizing ‎for typos and sloppy auto corrects," he says.

It's not all work and no play for Florence though. As noted in the interview, he's fully aware of BlackBerry 10's Android runtime and inclusion of the Amazon Appstore, "whatever app you want, I've got," he says noting he uses Netflix to watch videos and takes advantage of the built-in Storymaker app on BlackBerry 10 to create his own. Also, as an Instagram user he has turned to native BlackBerry 10 app, iGrann, to post photos of dishes created in his company's test kitchen.

Read the full article on Inside BlackBerry