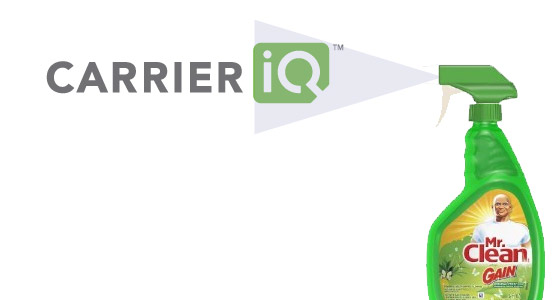 As you know, Research In Motion does not include Carrier IQ with its phones. The company does not permit its carrier partners to install CarrierIQ on BlackBerry Smartphones. It does, however, permit you - the end user - to install the carrier monitoring software on your Smartphone. From what we've seen from T-Mobile, Carrier IQ is included with the My Account app that the user can install and give permissions to. AT&T is thought to operate in a similar manner. Even if you allow this software to be installed, is there really anything to be concerned about? Carrier IQ says no. And you know what? I believe them.

The CarrierIQ debacle continues. This time, though, it's Carrier IQ itself releasing details of its product. Today, the company released a 19-page report detailing what the Carrier IQ app does, how it does it, and how the software gets added to a phone. This is a complete about-face from Carrier IQ's position a few weeks ago when they attempted to hit security researcher Trevor Eckhart with a cease and desist order. Openness and transparency are what the company needs to do now, this whitepaper is a good step in the right direction.

Phil Nickinson over at AndroidCentral has done a rather nice job of teasing out some of the more important details of the CarrierIQ report. For BlackBerry users, the more interesting bits are:

Carrier IQ is just that, a diagnostic tool to help your carrier identify problems with your device or coverage. If you want to be mad and/or outraged at someone, it's the carriers themselves you should look to. It has been always a carrier decision to add the software to the phone. After all, it's not like Carrier IQ snuck that software onto your phone while you were sleeping.

Read the Carrier IQ report for yourself [PDF]