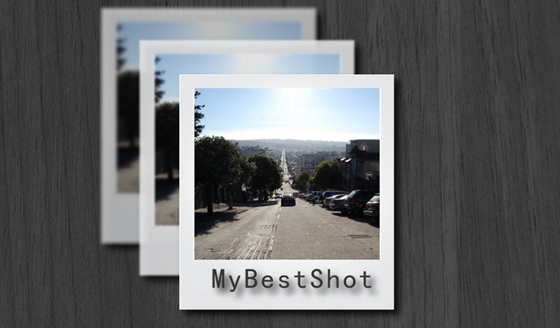 Ever try to take pictures of kids, or pets, or a group of people, and every attempt is foiled by someone blinking, or a sudden movement, or just plain bad timing? And then you have to say "Just one more try" and everyone groans or rolls their eyes and the smiles get faker and faker until you finally get a picture that is ok, but not as good as you'd originally hoped but you make do with it because you're sick of trying by that point. Or, have you tried to get those action shots at the kids' basketball games, but it takes so long between pictures you might as well not even try? Well guess what, now there is an easier way.

MyBestShot by Christopher Townsend is a new app for the BlackBerry PlayBook that takes photos in quick succession so you can capture the moment and (hopefully!) end up with the pictures you want, and no battles to get them. MyBestShot is available for just $.99, and there is a free trial available, so go get it today!

For more information/screenshots and to download MyBestShot for your PlayBook