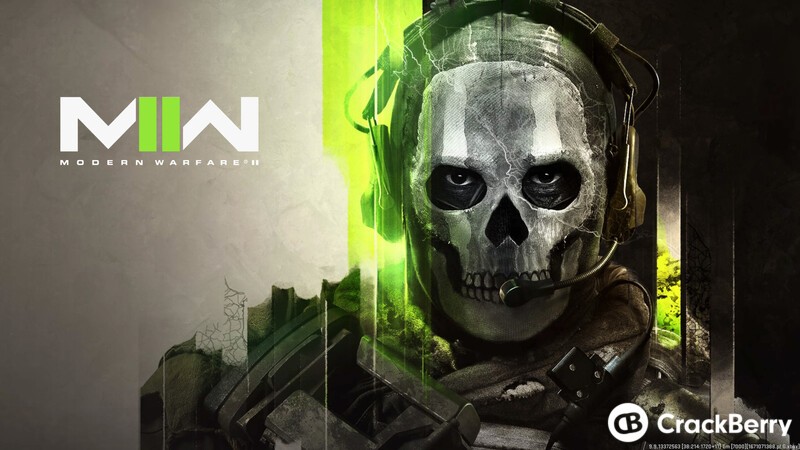 When people ask am I a gamer, my response is traditionally yes. However, the types of games I play are not really what everyone expects to the traditional follow up question. Instead of Call of Duty, Rocket League, Destiny or similar, I've stuck to the FIFA, F1 and other sporting franchises over the years.

I was hooked on CoD: MWII within days, this game is that good

I grew up playing GoldenEye on the Nintendo N64, and then I bought an Xbox 360 just to be able to play Halo with my friends at university, but neither of these would be considered a traditional first person shooter game like Call of Duty. When I first tried CoD many years ago, I wasn't a fan – especially compared to Halo – simply because I was a lazy gamer rather than a hardcore gamer.

Six weeks ago the new Call of Duty: Modern Warfare II came out and my friends and I decided to start playing. Very, very quickly I realized something: this game is good. Like REALLY good. Within a week I was hooked and before my recent three week holiday, I spent several days looking at what I could buy that would allow me to play Call of Duty: Modern Warfare II while I was away, aside from packing my entire Xbox that is.

This game has become a revelation to me for a few reasons, many of which are due to the current generation of games consoles. Here's why I love Call of Duty: Modern Warfare II, and how it got me hopelessly addicted in just days.

Call of Duty: Modern Warfare II is a game for everyone

As a new Call of Duty player, one thing that became apparent is that this is a game that's designed for everyone. Even though I started playing a couple of weeks after the game came out and very quickly came up against gamers who'd dedicated all their time to the game, I still felt like I could quickly learn the game and become better at it.

Part of what makes this a game for everyone is the skill-based matchmaking. It seems obvious right: people of similar abilities should be matched together. However, in a lot of games, this is based purely on an arbitrary number – in this case, the level – without taking into account a person's current form.

Skill-based matchmaking balances players's form and skill to create a game where anyone can win.

In other games I've played, your friend playing really well on your account ruins the game for you going forward, but with Call of Duty: Modern Warfare II, if you have a few good games and then have several bad ones, it dynamically adjusts the lobbies you're matched into.

It doesn't always do this; I've had games where I dominated, and games where I was dominated by the other team, but there's a fine balance that Call of Duty: Modern Warfare II does really well to manage and you generally feel like you can always win a game.

Two weeks ago I started playing #callofduty  for the first time ever. I've never really been an FPS gamer, although Halo is a particular weakness of mine but more for sentimental reasons. Now I'm level 35 and hooked so it's safe to say #ModernWarfare2  is my favorite game ever!

I estimate that I've spent about 50 hours playing Call of Duty: Modern Warfare II. On November 15, I was up to level 35, and by the time I left for my trip on November 21, I was at level 69. When I came back after three weeks, my friends had got my account up to level 94, but in just a couple of days, I've been able to keep growing that and gotten it up to level 98. You proceed through the levels by gaining XP from kills, challenges and in-game performance, but even though my friends had massively improved my level during my absence, I was still able to keep it going.

Like any game, it's far too easy to get demoralized when you're not very good at first. However, just like my favorite game FIFA, persistence and practice make perfect and you can very quickly become quite good at this game.

Persistence and practice pay off and you can become really good at Call of Duty: Modern Warfare II.

For the first few weeks, I was barely able to register more than one or two kills in a game, especially as my hand-eye coordination wasn't great, it required far more precision than Halo – which also follows the same mold of persistence makes perfection - and I was pretty demoralized.

Now, I am regularly in the upper 25% of the players across both teams and I've been able to grow rapidly. Hitting 15 kills and having a kill/death ratio of less than 1.1 is a bad game for me, while my standards for what is considered a good game have gone up to 25+ kills and a K/D ratio of 1.5.

Beyond that, you consistenly want to keep scoring XP to improve your weapons. Once I built up the M4 to 20/20, I started the game with it but would quickly pick up other discarded weapons as scoring kills or points with these would add them to my arsenal and allow me to build up an extensive weapons library.

At first I couldn't even shoot with a sniper rifle, and now I'm able to score 5-10 kills in a row without dying. I still struggle with a rocket launcher, but I'm super comfortable with all the other weapons and now want to open every modification to every weapon in the entire game.

This same approach can make any game a good game, but there's a secret to Call of Duty: Modern Warfare II that makes this hopelessly addictive.

Since the day of release, the team at Activision have crushed the update schedule for Call of Duty: Modern Warfare II. Several times per week there'll be a title update, new drops of levels, features and more, all designed to keep you hooked.

I'll never run out of new things to play, experience and do inside Call of Duty: Modern Warfare II.

At first, there were only a few key types of games but in just six weeks, they've added Shoot House, Headquarters and more. Similarly, the Shoot House map itself is new and there's others as well. There's also been the addition of Warzone 2.0, which is itself, an entirely new part of the game.

Then there's the special edition additions. For the World Cup, there's the new Modern Warfare II FC, with levels featuring Paul Pogba, Neymar Jr and the maestro himself, Lionel Messi.

This is all just scratching the surface. I have barely dug more than 10% into the game, and I think it's safe to say that I'll never run out of new things to play, experience and do inside Call of Duty: Modern Warfare II.

Possibly too popular for its own good

With anything this popular, and good, there's always a downside and with Call of Duty: Modern Warfare II, this is the bugs that are becoming more and more apparent. I've had to kill several games because the game itself froze, and more recently, there's a lot of bugs around restarting the game after an update, or the lobby freezing.

Surprisingly, I'm yet to see as much abuse in online play as I would have thought would be apparent. There's been no racism, sexism or other forms of vitriol, and while I'm sure it exists – as it does everywhere in the digital space – it's been refreshing not to experience it in any way during my extensive online play.

As Activision fixes certain bugs, others seem to become apparent and like any piece of software, updates means fixes and new bugs to fix in a perpetual cycle. Despite the bugs – which can be very annoying at times – it's easy to forgive them when you experience the incredible graphics, addictive gameplay and overall excellent Call of Duty universe for the first, second or millionth time.