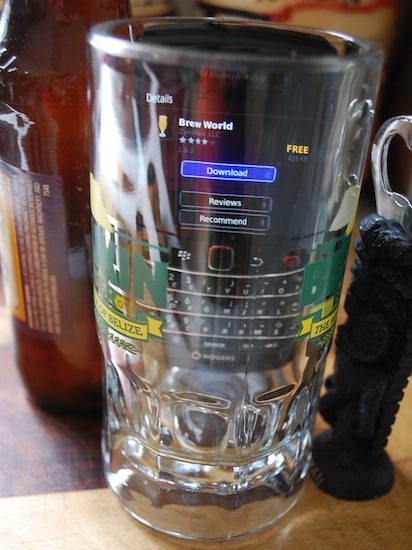 Back in February we took our first look at Brew World for BlackBerry, and back then the application was just starting out and a bit on the basic side. The developers have been hard at work behind the scenes making improvements, adding features and even adding new regions to the application. Brew World now supports not only the US but also Canada, Mexico and the UK with over 7,000 beers and 2,800 locations to be reviewed.

In addition to these enhancements they have also added a web portal where users can manage their account and also view / edit / create reviews for any location that is listed. There is both a free and paid version ($1.99), both identical, except that the free version is ad supported while the paid is ad-free. Looking for a new brewery to go to with some friends? Don't be caught without Brew World on your BlackBerry!