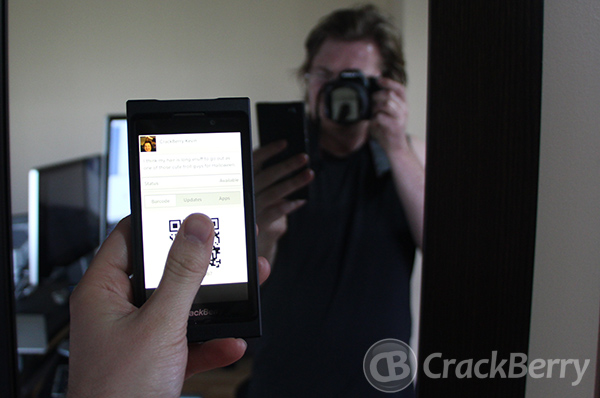 * UPDATE - 9pm EDT, Oct. 25th: Ok CrackBerry Nation, we have a little change in plans here. We were going to fire up the BB10 BBM Stress Test in the morning, but after connecting with RIM's BBM team tonight made the decision we're going to push it back a few weeks. They have an update coming mid-November that features a number of performance enhancements over the build that's loaded on the Dev Alpha B. By waiting we can do the Stress Test on the latest code, and that'll be more representative of what we can expect of the real deal when BB10 Phones are released. Thanks for the patience. We'll keep everybody in the loop and give the heads up when we're going to do it next! *

BlackBerry 10 is an entirely new mobile platform. Literally, not one line of code from the legacy BlackBerry OS is present in the QNX-based BlackBerry 10 OS.

Since I started the Brainstorming BB10 series last week, I've received numerous requests from people to do a BBM Stress Test on the preview build of BB10 loaded up on the Dev Alpha B. Ask and you shall receive. Tomorrow morning, it's on!

I've conducted two BBM Stress Tests in the past. The first BBM Stress Test was on the BlackBerry Bold 9000. The test essentially destroyed the device. With only 128 megabytes of device memory and both apps and the operating system sharing those resources, the device slowed to a crawl, got wonky and pretty much died. I tried the second BBM Stress Test on the Bold 9650 and the results were not much better. The phone bricked. I fixed it, maxed out the contacts again, but at that point (and with the incoming requests never catching up), the phone was pretty much toast.

With a BBM Stress Test on BlackBerry 10, I **think** we should see a very different result. With the architecture of the OS, an app-gone-crazy shouldn't affect the stability of the rest of phone. Worst case if BBM gets overloaded, maybe we'll see it close out to the homescreen (in the case where the app is requesting more out of memory then is allocated for it to ever receive).

That said, I'm not really sure what to expect! We haven't had BBM on the PlayBook yet to ever try this out there, so this will be the first time we got nuts with BBM on this OS. It'll be interesting to see if the cap on the max number of contacts has been changed at all.

So that's it. Let's get it on. Keep in mind of course this will be a test on preview software on preview hardware. Hit up CrackBerry.com tomorrow morning (Friday morning) for 10am EDT when we put things live.... and we'll see how things go. I'll be filming off and on throughout the day and follow up with the recap video, and will update the Stress Test post with updates as we go.