Problem #1 - You can't actually speed dial contacts from the homescreen. Pressing and holding on buttons on the homescreen doesn't do anything other than enter that letter into the Universal Search. There's no differentiation from a short key press to a long key press on the homescreen. Normally, a long key press (press and hold a button) should call a saved number, or prompt you to enter a new speed dial number. In other words, currently you cannot speed dial a contact from the homescreen. This is unfortunate as it's one of things I love most about having a physical keyboard on a phone. It saves a lot of time and makes using your phone safer to use in a lot of situations where you're on the go and need to quickly call someone.

Problem #2 - It takes too long to get to speed dialing.  While speed dialing isn't available on the homescreen, it is still built into the phone. You just have to find it first. First you have to open the phone app. Then you have to tap over to the dial pad. Then you can long press on the keyboard and speed dial a contact. The process of having to open an app and navigate within the app to the screen where you can use speed dialing completely defeats the purpose of speed dialing. Honestly, I would have left the feature out altogether if it can't be used from the homescreen.

Problem #3 - Adding contacts to the speed dial list isn't intuitive for new users, and it's glitchy. The Keypress Speed Dial menu is accessible within the Settings section of the phone app. Once you're on that menu, it looks as it does on BlackBerry 7, minus the fact it only lists saved numbers and not contact names on the list. The problem here is that if you tap on an empty entry, it doesn't take you to the contacts app to allow you to pick which contact you want to save in a speed dial position. Tapping and holding will allow you to delete entries (even ones that haven't been saved - glitch!), but you have no way to add them.

So how do you add a speed dial contact then? You have to go back to dial pad within the phone app, and from there you can press and hold on a key and you will be prompted to add a contact. The only problem is, once you select a contact, you get no visual confirmation that it has been added - you're sort of stuck on the same screen where you can cancel out of the process. I found sometimes contacts would save as I tapped them from the address books, and other times it took a couple of tries.

Problem #4 - If you save a contacts on the numeric keys (1 through 9), using speed dial is glitchy. You can see what I'm talking about in the video above. I programmed the letter E / number 2 on the keyboard to speed dial my fiancée, Erika. But because her name that starts with a letter E is on the #2 key, when I press and hold on the E out on the phone dialer page, it dials three 2's (2-2-2) before it goes and speed dials her. If I program a contact to another key -- M for Marcus as in the video above -- then it's a *little* smoother to use, though I still wouldn't call it speedy.

Conclusion - Add it all up and as of right now I'm pretty sure 100% of people who took advantage of speed dialing from the homescreen on older BlackBerry phones will not be happy with the current speed dialing experience on BlackBerry 10. And I'm also pretty sure that new first time BlackBerry owners won't ever figure out how to use it in its current implementation. 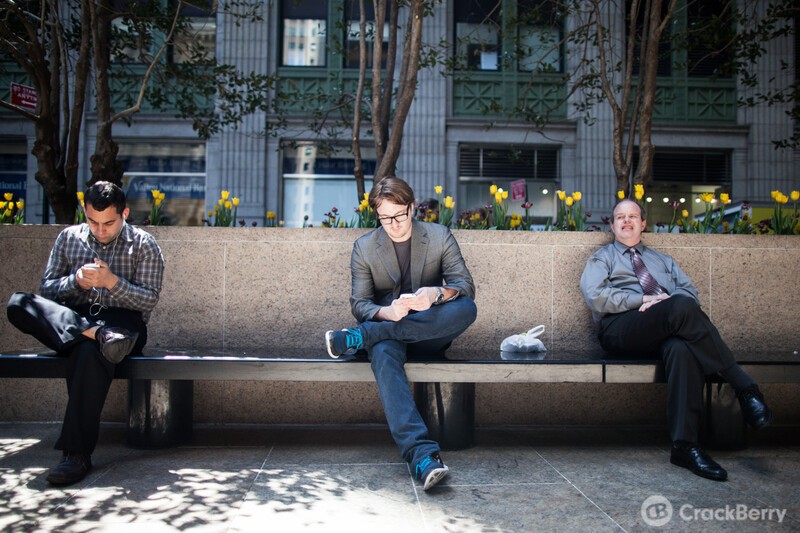 I totally understand that BlackBerry 10 is a new mobile computing platform and a fresh start for BlackBerry. And I have a lot of patience for that, for the most part.

I get that some things simply take a TON of work to get done. For example, getting BlackBerry 10 up to 10.1 so it's enterprise ready took time. That wasn't an oversight - that's just a lot of coding and work BlackBerry had to get through. Even the no email syncing after 30 days issue, which is now fixed for Active Sync in 10.1 (coming for IMAP sooner than later). I have patience for these things as I get they are features that can take time for BlackBerry to build out as they build this new platform.

I also have patience for bugs. Bugs happen. It doesn't matter how much beta testing takes place, you can't catch everything. So when a couple bugs pop up here and there, I'm ok with it.

I also understand that BlackBerry 10 is a fresh start, and it's going to take some time for BlackBerry to build in some of the advanced features that may currently be missing. In some cases (like notifications), I think BlackBerry intentionally wanted to start with a more simple experience, and will add back in more features over time as people demand it (or leave out the complexity if people don't mind that it's gone). I also get that there's no law that says BlackBerry 10 has to be like BlackBerry 7. BlackBerry 10 is a NEW OS. I'm ok with change. Change is good. So I don't view harshly things that are altogether different from BB7 to BB10.

So where do I lose my patience? On the execution of a feature like this. Speed dialing on the Q10 is clearly a feature BlackBerry chose to carry through onto BlackBerry 10. The menu option for it is in the same place. It has the same sort of look and basic usage. And then it's like it was just forgotten about and left hanging. It never made its way out of the phone app and onto the homescreen. And if the decision is to never bring speed dialing back to the homescreen (I'm assuming they want it there but just didn't get there yet), then it doesn't even make sense to put speed dialing onto the phone at all. And the way the app isn't really finished... it just reminds me of how the most important part of Bedside mode was omitted in the first release of BB10.

I'm not sure where this one sits on the list of priorities, but for the sanity of new and soon to be Q10 users who love speed dialing contacts, I hope it moves up the list.

PS. I rant because I love you BlackBerry.