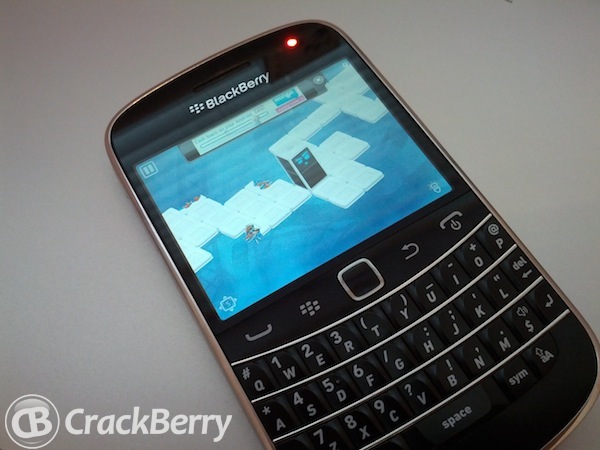 If you like a challenge and a good old (FREE) puzzle style game on your BlackBerry smartphone, you will be interested to hear that Brain Cube Reloaded has recently received an update with a 3rd episode included.

The developers describe Brain Cube Reloaded as being similar to the Rubik's Cube. The game isn't really like that, but I can see the similarities. It is actually a pretty hard puzzle to try and describe so I am not going to! What I will say though is that as it is free to download you should go and grab it and test out your skills. The 3D graphics are pretty amazing for the BlackBerry smartphone and I certainly haven't played a puzzle style game like this before.

Up until now I hadn't actually played Brain Cube Reloaded and now I no why - I am rubbish at it, hence no video to accompany this post. However, I am not a puzzle kinda guy but I know how many of you are. Give it a try - I'm pretty confident you will be impressed and it won't be hard for you to be better than me at it.

Features of the game include: