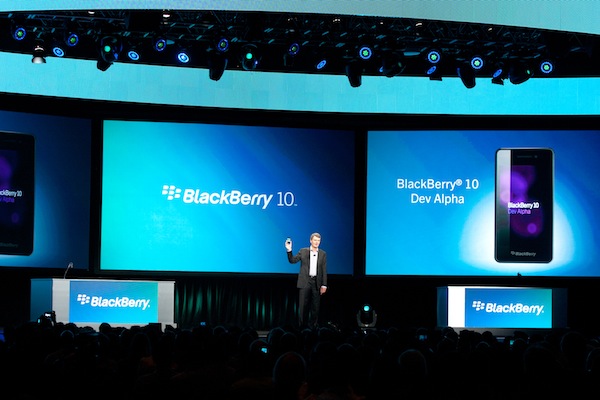 Our friend Hugo Miller from Bloomberg had an interview with Thorsten Heins today. The headline of the story was, "RIM Says BlackBerry 10 Will Soon Be Ready for Licensing".

The article itself is quite clear. But if you don't bother to actually read it, you might jump to the (wrong) conclusion that RIM intends to get other smartphone makers to build BB10 smartphones. That's not the case.

Heins also repeated his goal with the words "We're here to win" line. This isn't new either. RIM isn't looking to be the 3rd of 4th place vendor. They're aiming for numero uno. Sure, that's a tall order, and it may not even be achievable. But why in the world would you set your sights on being 3rd? Do you think any Olympic athletes stood at the starting line of a race thinking, "I am shooting for bronze"? Of course not. You shoot for gold, and you compete your very best.

The quote you should remember from Bloomberg's story is this one: "Smartphones are a part of our business, but we're looking way beyond this."

So, no... RIM is not suggesting, confirming, or even leaning towards a public stance that BlackBerry 10 is available to its competition. That's not the case at all.

If you see anyone writing otherwise, send the journalist a polite email with a link to this story.