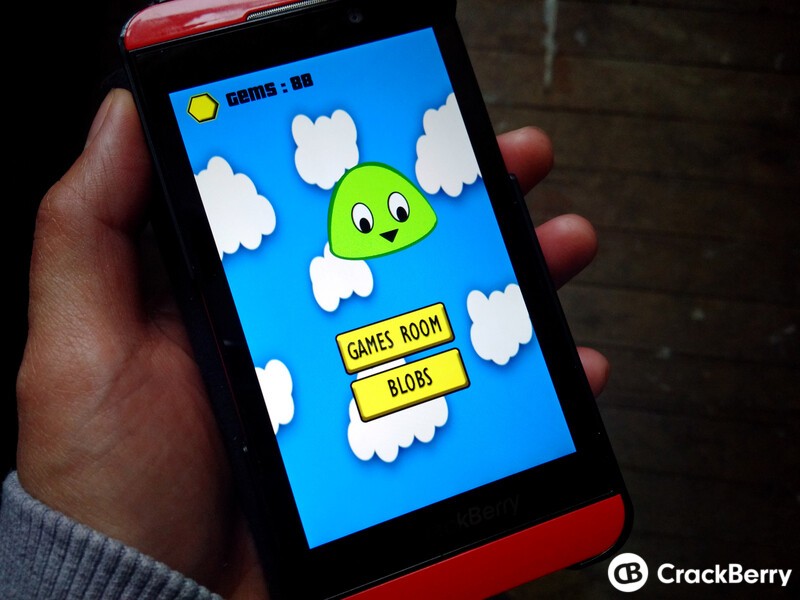 If you're looking for a game just like Flappy Bird and more, check out BLOB. BLOB offers 8 different types of game play. You can even think of it like 8 games in 1. All games a very challenging but as we know with these games, that can often make them quite addictive. In each game you collect gems. Gems let you unlock other different colored BLOBs to use. The default BLOB color is green. Other BLOB colos are red, blue, yellow, even some with a headband.

The developer is giving away 7000 copies of the game, though this is split between two codes. One code offers 5000 free copies, with another code holding 2000 free copies. Follow instructions below to grab yourself a free copy. One thing to note is that this game is only available for full touchscreen devices -- Z10, Z30 and Z3. Unfortunately, it doesn't include the Porsche Design P'9982.

If you are unable to get yourself a copy, you can still purchase it from BlackBerry World for $0.99. There is a free copy available, though this has ads.