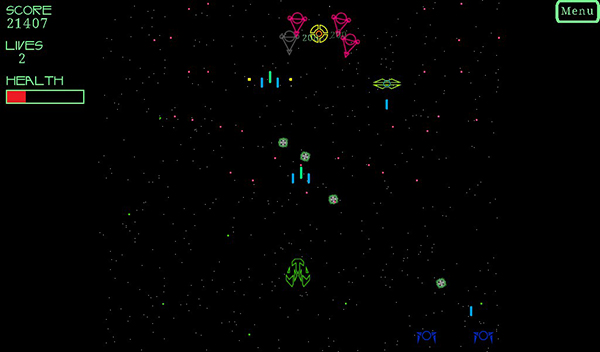 Neon Prime HD is a retro styled arcade shooter game that has just been released for the BlackBerry PlayBook by Apocolyp Software out of Scotland. The premise is simple with your ship as the only hope to defeat the Neon Prime and save the solar system after the main fleet has been lost. Gameplay is very intuitive as you only need to slide your finger around the screen to control your ship. Firing is automatic as you move around. Watch out for the enemy ships as they relentlessly shoot at you and be sure to grab the power-ups as they become available.

Neon Prime HD has a five level campaign mode with boss fights as well as ten additional levels you can play individually. While playing campaign mode you have ten lives, but during level select mode you are only given three to make it more challenging. High scores are only stored locally at this time, but you can keep track of campaign scores as well as for the individual levels making it easy to see your high scores or those of friends and family you may compete against. I think the game is worth the price, though it would be nice to see some additions such as online scoreboards and portrait mode, though neither of those is a deal breaker for me. You can grab Neon Prime HD for just $.99 in App World at the link below.