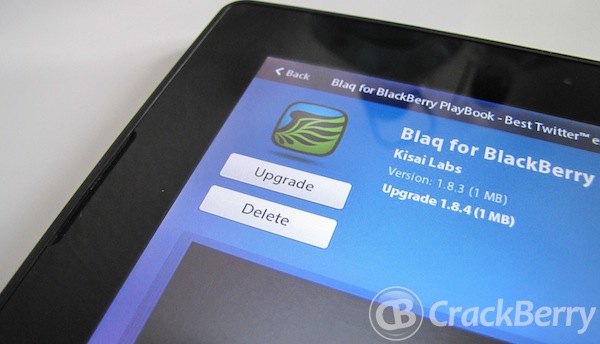 If you use the BlackBerry PlayBook chances are you will use Blaq as your Twitter client of choice. The app has this week received an update to 1.8.4 and although it doesn't bring us a huge amount of new features, what we do get is of course welcomed by us 'fans'.

In addition, the developer wanted to assure people that after Twitter's recent API announcement, Blaq is not going anywhere. With Twitter now implementing certain display guidelines for third party developers, Blaq does have to make a few tweaks but that will be done in a future update so rest assured.