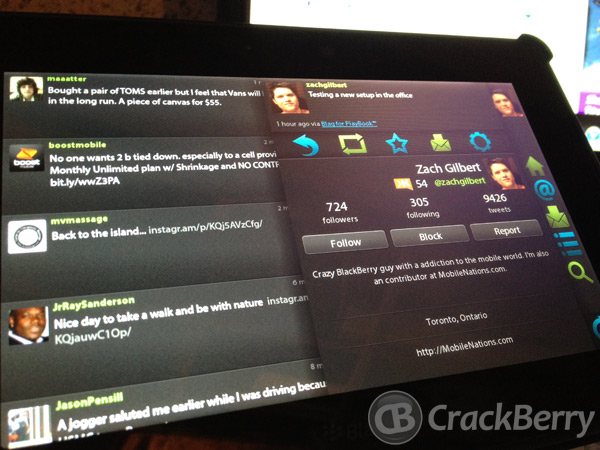 If you're a BlackBerry PlayBook and Twitter user, chances are you've downloaded a twitter client for your tablet also there's a possibility that it's Blaq. For those who don't have a Twitter App yet, you'll want to pay extra attention because while there is no native client, we have the next best thing. Jerome Carty from Kisai Labs has been on a roll lately and pumping out updates to his Twitter client called Blaq. Now if you've been around CrackBerry since the launch of Blaq you'll know that almost all of us, if not all of us use it on our PlayBooks, and it's pretty sweet. The latest update just keeps adding to the apps feature set and functionality.

If you're a Blaq user the update should already be available for download, and those who aren't using Blaq can grab the link below to be taken to App World where it can purchased and downloaded it for $1.99.

For more information and to purchase Blaq for PlayBook