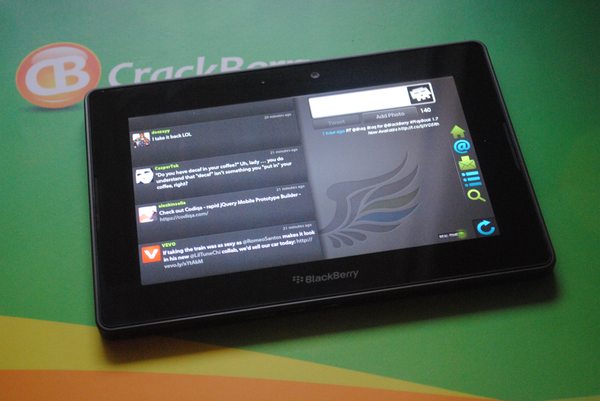 If you own a BlackBerry PlayBook and use Twitter on it, odds are that you have already heard of, if not already own Blaq. For those unfamiliar with Blaq it is a feature loaded, and beautifully designed Twitter application for the PlayBook that offers a great experience. While the application was built in only 30 days originally, a lot of time and effort has gone into it, and they are back again with another update, bumping it up to version 1.7.1. In this release they have:

In addition they have implimented a fix for the streaming issues Twitter caused on Monday, long URL's no longer flow into the tweet beneath them, and a few other fixes as well. If you haven't already done so be sure to hop into App World and update today, and if you have been waiting to purchase, there is no better time than now!

For more information and to purchase Blaq for PlayBook